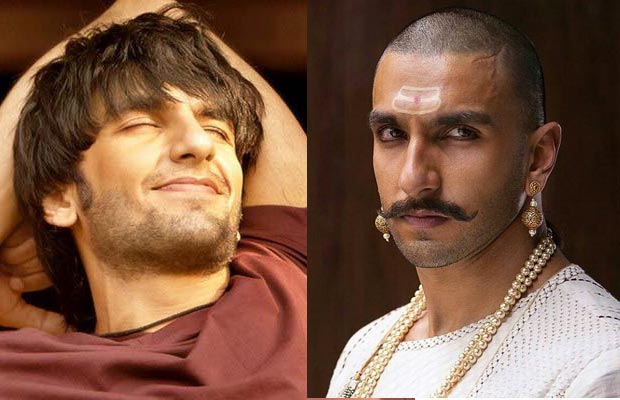 [tps_footer]Bollywood actor Ranveer Singh, who made his debut with ‘Band Baaja Baarat’, completed 5 years today in Bollywood. From the debut movie till date, the actor has shown immense versatility in his acting career. Ranveer is not only known for his acting, he is also known for his high energy and out of the box fashion quotient.

From portraying Bitto Sharma to Peshwa Bajirao, Ranveer Singh has grown as an actor and overall as a person. Today, the actor completed 5 years in Bollywood and his team decided to surprise him. A video tribute was made for Ranveer by his team to celebrate his 5 years. The directors from the movies Ranveer has worked on, Zoya Akhtar, Maneesh Sharma and Vikramaditya Motwane, revealed their experiences on working with him. The video showcases behind the scenes footage from the actor’s ‘Band Baaja Baarat’ days to ‘Bajirao Mastani’.

Ranveer also had a twitter chat with his fans to celebrate his 5 years. He also thanked his team for the amazing video montage. 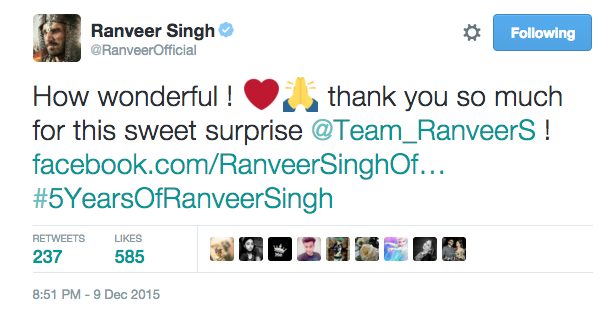 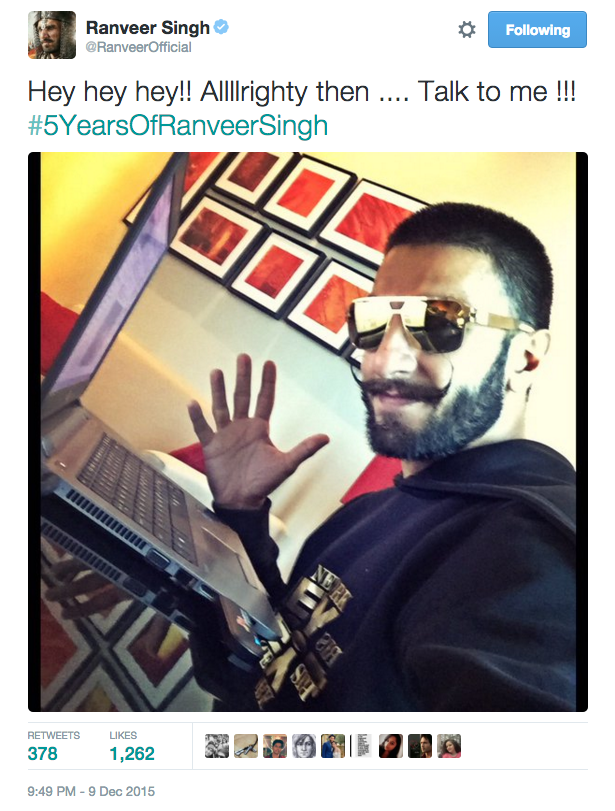 Not only did the directors showed support, Ranveer also received surprise from his co-actors, Deepika Padukone, Sonakshi Sinha and Parineeti Chopra. Deepika and Ranveer have never confessed about their relationship in public. But, they share a special bond that is treat for the fans. Deepika, who has worked with Ranveer in ‘Ram Leela’ and now ‘Bajirao Mastani’, shared five adjectives for her co-star.

Parineeti made her Bollywood debut with Ranveer Singh’s ‘Ladies vs Ricky Behl’ and Sonakshi starred in ‘Lootera’ opposite him. Both the actresses showered the actor with immense love.

Check out the videos-

Here’s a message from the lovely Sonakshi Sinha . She shares 5 adjectives that best describe her very own ‘Lootera’ baba! #5YearsOfRanveerSingh – Team Ranveer.