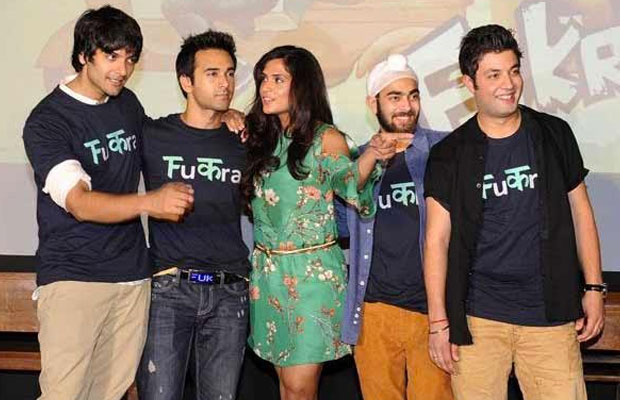 [tps_footer]Born and brought up in the city of Lucknow Ali Fazal later came to the dream city, Bombay to become an actor.

Ali never had that Punjabi aura around him which is why he never spoke Punjabi.

It is essential being an actor to put in all the efforts to make the character more realistic and appealing and thus experimenting with various things.

In his recent movie Happy Bhag jaaegi, Ali plays the typical ‘punjabi munda’ for which he had to speak some hardcore Punjabi for which he needed some real guidance.

It was important for Ali to understand the Punjabi culture, right from what they wear to how they talk.

His co-stars including Pulkit Samrat, Richa Chadha and his director of Fukrey all helped the actor to ace his accent to put in genuine efforts for his role as Guddu in Happy.

The sources reveal that “Ali reached out to his Fukrey team with whom he’s extremely close with on a personal level. The reason for him to do so was to prep perfectly well for his role as Guddu, the perfect Punjabi boy next door. Richa, Manjot and other members of the cast didn’t only help get Ali his accent and Punjabi diction right, but also educated him on the culture and intricacies of being a Punjabi! Now we are certain this came handy, as everyone who’s been seeing Ali’s performance in Happy Bhaag Jayegi has been praising his sincere role portrayal!”