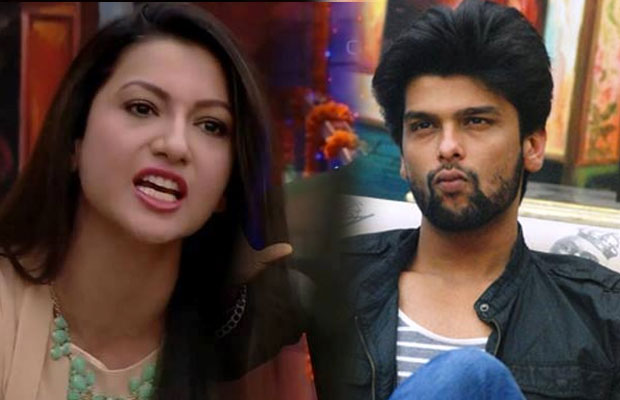 Gauahar Khan and Kushal Tandon, once an inseparable couple, made it to the headlines when their relationship recently went kaput.

The couple was known to stand together strong and put up a fight against anybody who opposed them on the show and appeared too much in throughout the course of the show.

However, within a few months after the show ended, the couple started having differences. The romance soon came to an end and their relationship headed towards splitsville.

Well, in spite of their difference, either of them didn’t speak anything against each other. They maintained total silence about the entire break-up episode and avoided each other completely until recently when Kushal spoke about Gauahar.

In a recent interview with a leading daily, Kushal, who’s all set to make a comeback with Beyhadh, said that he no more is friends with Gauahar.

This didn’t go down too well with the girl in question. She, much offended by the post, took to Snap Chat to slam Kushal about the incident. In the video, Gauahar said, “It is so disappointing to read that some people need your name to make headlines even in their work articles. Get over it. There are two golden words that people can use. ‘No Comments’. You don’t need to answer everything that the journalists ask.”

Well, we sense another controversy in making!