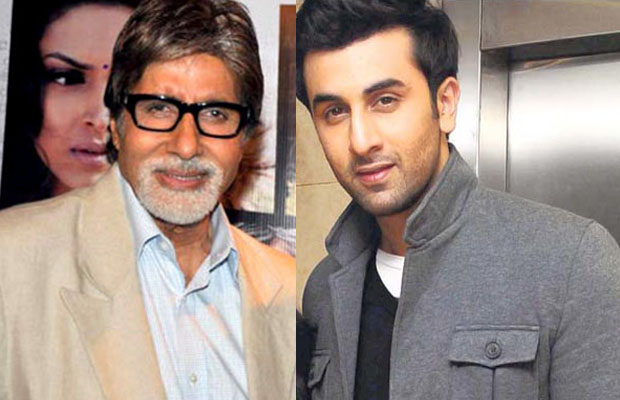 [tps_footer]When Amitabh Bachchan says something online it never takes too long for his words to go viral. So, how could we miss out on sharing with you such a big compliment given to a new generation superstar who is not doing well when it comes to box office collection, but he has always given his best in every project that he has been a part off. Can you guess ? No, it’s not Imran Khan, not even Jimmy Shergil.

Well, for the Shehenshah of Bollywood, Amitabh Bachchan, it’s none other than the Rockstar Ranbir Kapoor who he considers a “Huge Star.” He has recently shared a picture of Ranbir Kapoor when he was a child and it’s a black and white photo taken during the time when Big B was shooting for his movie Ajooba starring Rishi Kapoor, Dimple Kapadia. 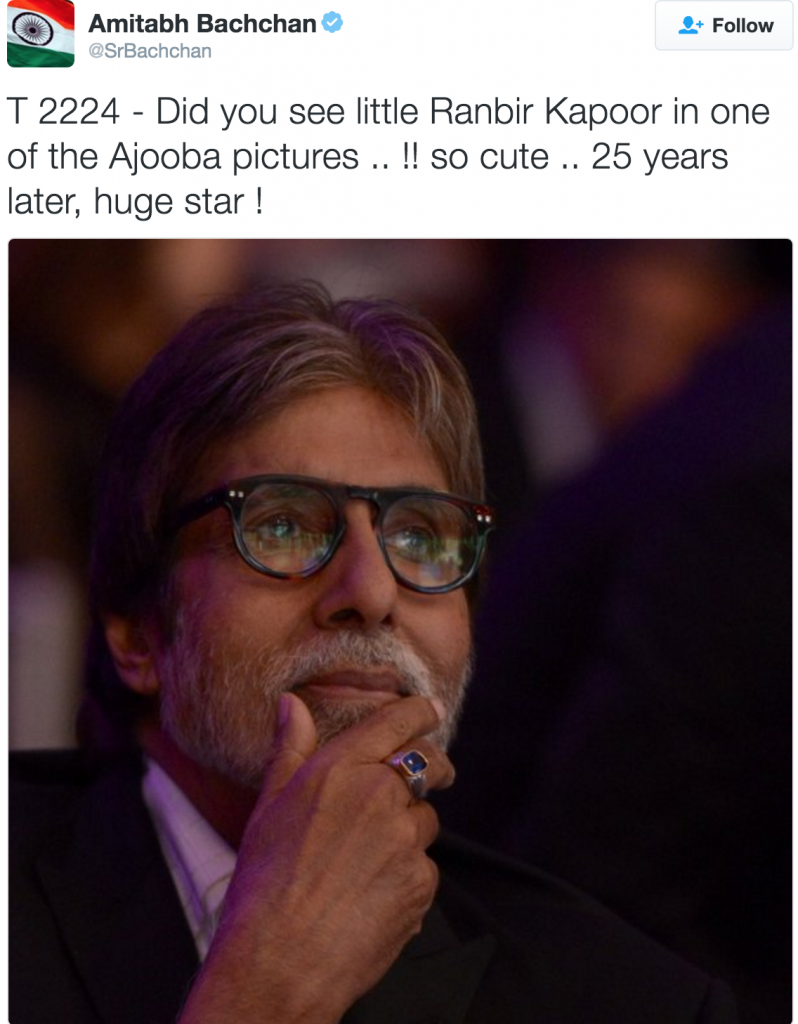 We spotted cute little Ranbir Kapoor along with his mommy Neetu Kapoor.

Ranbir Kapoor has faced a lot of issues in his work and personal life as well. He is trying to cope up with an alleged break-up with Katrina Kaif and he is hoping a big hit in his upcoming movie Jagga Jasoos starring Katrina Kaif, Adah Sharma, and Govinda. Ranbir also has Ae Dil Hai Mushkil in his kitty starring Aishwarya Rai Bachchan, Fawad Khan, Anushka Sharma, Imran Abbas Naqvi and more.

On the other side, Amitabh Bachchan, a legendary actor at the age of 73, is still going strong in every way setting a benchmark for success and passion for movies for all the generations including his own contemporaries. We will see Amitabh Bachchan in his upcoming movies like Teen starring Vidya Balan and Nawazuddin Siddiqui, Pink starring Taapsee Pannu.

We wonder, when will these two superstars like Amitabh Bachchan and Ranbir Kapoor will work together in a movie ? We hope our filmmakers think about casting these two powerhouse performers very soon.[/tps_footer]