At a recent party held by Kareena Kapoor Khan, Salman Khan and Malaika Arora Khan’s paths crossed and knowing Salman he did a lot of ignoring and gave her a cold shoulder. The reason being, he was completely against the idea of them getting a divorce and Malaika despite his several efforts did not budge.

As he was against the happenings and her decision, the Sultan star decided to stay away and maintain his distance. This party saw only close people to Kareena in attendance. It was obvious that Malaika, being part of her girl gang was bound to be there. Malaika did try to talk to Salman every now and then, but each time Salman looked through her and pretended she didn’t exist. Going by his usual temperament, it is not surprising that he would refuse to acknowledge Malaika. Check out the group picture where he is on the other side of where Malaika is standing.

If this is the case now, makes us wonder what the equation between the two will be like once the divorce goes through. 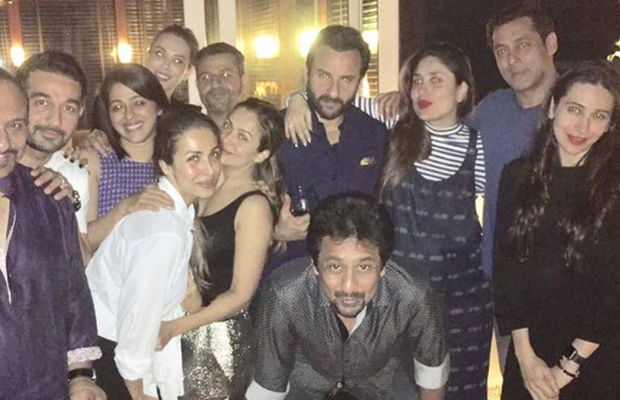