The much-awaited sequel to John Abraham-Abhishek Bachchan starrer gay comedy `Dostana’ has been in the talks for years now but nothing has been locked up yet. The announcement for the sequel to the film was made long back, leaving fans excited. Each and everyone is waiting for the sequel of Dostana since quite some time. Well, only Karan Johar can tell us whether this sequel will happen or not but there is one actor, who is eagerly waiting to be the part of Dostana 2. Any guesses?

None other Ranveer Singh wants to be a part of Dostana 2! Recently during the trailer launch of Befikre in Paris, Ranveer Singh said that he wants to star in Dostana 2 and wants to bromance one of his favourite co-stars in the film. Any guesses? At the launch of Befikre trailer, Ranveer said that he wants to romance his BFF Arjun Kapoor in the sequel to Tarun Mansukhani‘s directorial. The actor also said that he will love to be a part of the film only if gets to romance Arjun Kapoor in the film. 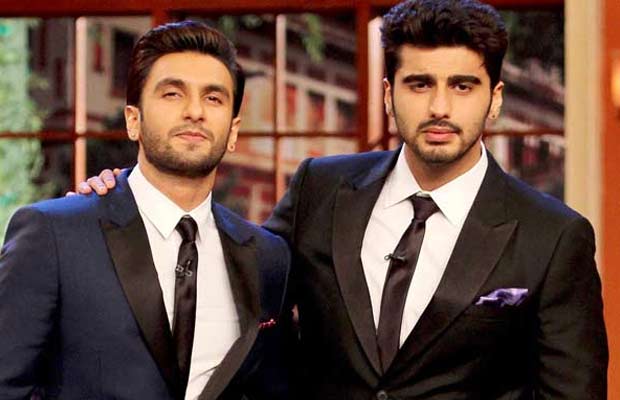 Well, it’s no secret that actors Ranveer Singh and Arjun Kapoor share a special camaraderie. Their bromance and special bond have always grabbed the limelight. The audience has already seen the same in their film Gunday and AIB Roast, remember? It will be interesting to see them together on the silver screen again. Meanwhile, we are waiting for an announcement for the sequel to the film.

What do you think? Should Karan Johar cast Ranveer Singh and Arjun Kapoor for Dostana 2? Share your thoughts on the same in the comments section below.