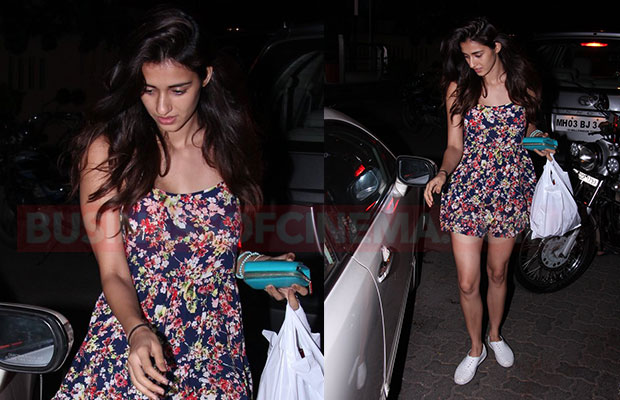 Tiger Shroff’s alleged girlfriend Disha Patani, who made her big Bollywood debut with M.S Dhoni-The Untold Story, has finally got the taste of her stardom. The beautiful actress, who is one film old, is popular everywhere now. The actress recently attended a store launch event in Hyderabad. Looking all excited, Disha Patani reached the venue for a jewellery store launch but had a harrowing time altogether. As soon as Disha reached the venue, she witnessed huge crowd waiting to catch a glimpse of her.

According to media reports, Disha Patani was mobbed by a huge crowd after she stepped out of her car. Reportedly, despite lots of security, the crowd started getting closer to the actress and amid chaos, Disha was hurt and suffered some bruises on her hand and back.

Well, Disha has already made her Tollywood debut with Loafer but never thought that she would be so popular and recognized in South. The actress was truly in shock after being mobbed in Hyderabad.

Disha Patani is surely on her way to stardom! You go, girl!

Exclusive Interview: Disha Patani Reveals Why She Did Not Meet M.S.Dhoni