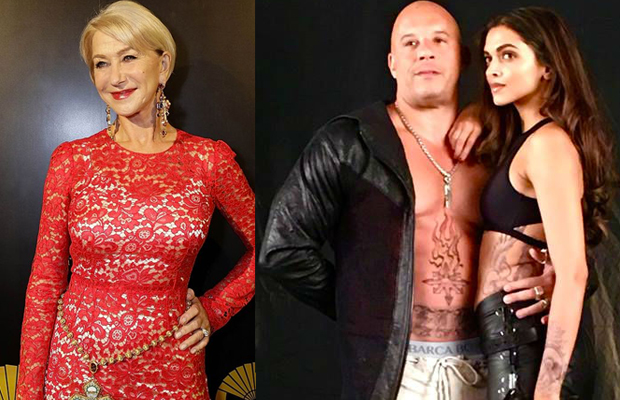 Veteran actress Helen Mirren “threatened” to beat up actor Vin Diesel if he didn’t give her a role in Fast and Furious. In an interview, Diesel revealed how desperate this 71 year old actress was to be a part of that franchise.

“You know, the term action star is a relatively new concept in the history of cinema. Clark Gable in Gone With The Wind was not an action star, although he was riding a wagon with fire blazing all around him. Marlon Brando in The Wild One might be considered an action star,” Diesel had told Hashtag Legend magazine.

“I wasn’t really ever conscious of it. I’ve always approached my career with the same conviction and I think that’s the hidden asset in the Fast saga. That’s probably why all these Oscar-winning actors have wanted to join the cast and be part of the mythology. Charlize Theron is in it. Helen Mirren, the wonderful and amazing Helen Mirren, accosted me at a Golden Globes party and basically threatened to beat me up if she wasn’t going to be in one,” he revealed further.

“Having these actors on the films was adding another element and dimension to what some might write off as just another action movie,” he added.

The background story is that Mirren was asked about how she felt being part of such a successful movie franchise and she admitted that she was nervous as “you’re going on to a set with people who have been doing this for (so long), basically, they all know each other.”