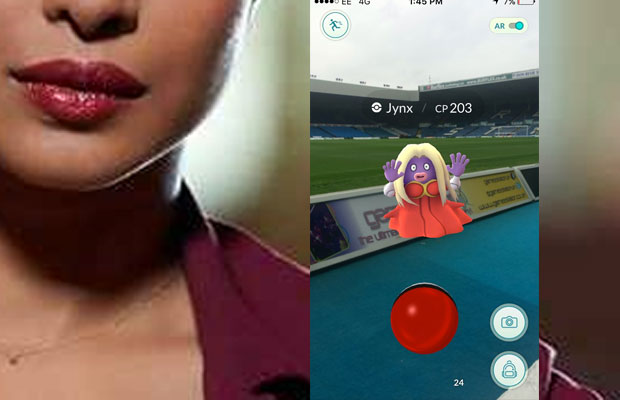 Pokemon Go, a location-based, augmented reality game has caught up widely with both youth and adults worldwide and has taken the world by storm. So much is the fad in India that people are downloading the beta versions of the app and are using the pirated versions to play the game.

Not just the common crowd, but even Bollywood celebrities are not away from catching this trend. Tinsel townies too have not only started playing the game but also are getting addicted to it.

We reported to you yesterday how actress Anushka Sharma has already been caught by the bug. She shared a video yesterday in which she is seen catching the pocket monsters.

And now there’s another B-Town leading lady who has joined the bandwagon. The latest addition to Bollywood Pokemon fanatics is none other than actress Priyanka Chopra. The Junglee Billi recently shared a picture with her fans in which she flaunted the Pokemon she has caught. And the Pokemon caught by PeeCee is one of the most sought after pocket monster, Pikachu. Priyanka captioned the image which read, ”Ok so I’m officially on board! #Pokemongo it is!! Lol.” 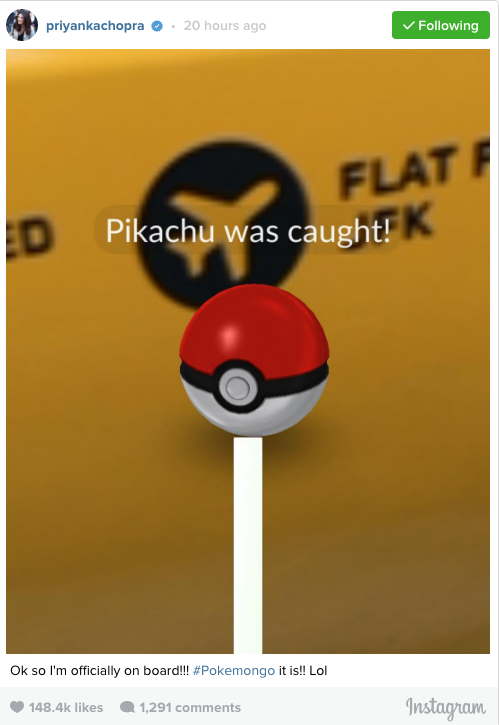 Seems like PeeCee has already caught up the Pokemon Go fever and has the enviable possession of Pikachu. You go, girl!