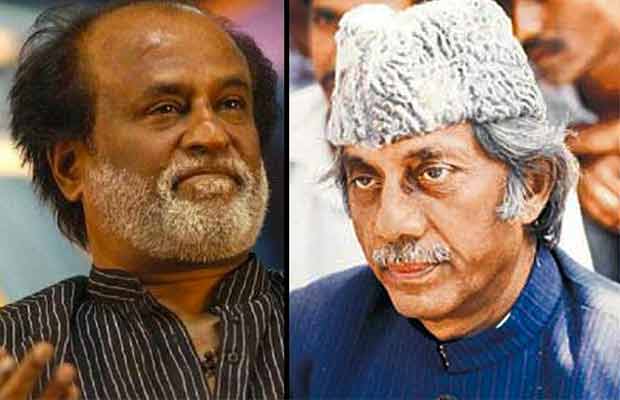 Sundar Shaekhar, who claims to be Haji Mastan’s adopted son, asked superstar Rajnikanth not to depict Haji Mastan as a ‘sumuggler and an underworld don’ in the film. Despite director Ranjith denying that the film is about Haji Mastan, Sundar Shaekhar has sent notice to Rajnikanth.

Part of the notice read, “I further state that you are depicting my Godfather and a well-known national political leader as a “Smuggler and an Underworld Don”, which are highly unacceptable and I strongly oppose such misinterpretation of my Godfather.”

It also mentioned, “If you are really interested in making film on the lifestyle of Late Shri Haji Mastan Mirza then I shall provide you his real life story…”

Haji Mastan was a people’s leader, but more like a don, and lived between 1926 and 1994. He was an Indian smuggler, films financer and real estate businessman. He was fluent in Tamil, lived in Mumbai and was known for his unique traits of dressing completely in white clothes, wearing white shoes, smoking costly cigarettes and driving a white Mercedes made him a “style icon” among the poor. It can be noted that Ajay Devgn’s role in the 2010 Bollywood film Once Upon A Time In Mumbaai was also based on Haji Mastan.

While superstar Rajinikanth will be seen next in 2.0 which is the sequel of Robot. Bollywood’s Khiladi Akshay Kumar will also be seen in the movie playing the negative role. Slated to release on October 18, 2017, the movie is directed by S.Shankar.