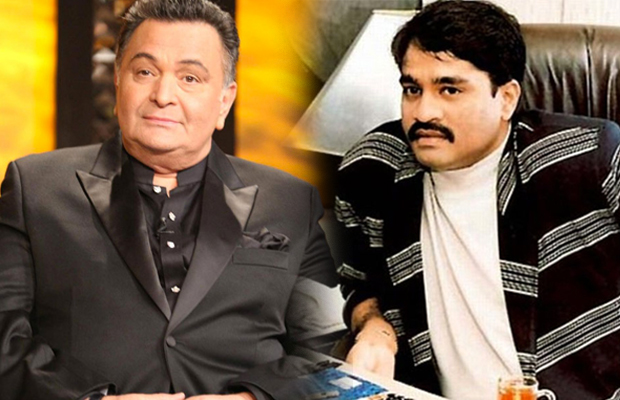 Rishi Kapoor is one of the most interesting stars in the B-town. Every time his tweets go viral and famous. And why wouldn’t they? Rishi Kapoor takes every tweet candid and open. His recent talk of the town about his biography “Khullam Khulla: Rishi Kapoor Uncensored” is making news and here’s why.

One of the chapter reveals something that will amaze you. The actor revealed that he has met Dawood Ibrahim. Now this is something surely going to make controversies.

Rishi, in the book tells how he had got an invitation for tea from Dawood Ibrahim. Well, so what actually had happened was that the actor was on a vacation in Dubai with his buddy Bittu Anand. When Rishi landed and was about to exit the airport, a man approached the actor and handed over a phone. On the other side was the Don himself who had invited the actor for a cup of tea.

Rishi Kapoor wrote, “That evening, Bittu and I were picked up from our hotel in a gleaming Rolls Royce. While we were being driven to his home, a conversation went on around us, in Kutchi. I don’t understand Kutchi but my friend did, and he realized that we were being driven around in circles, so we wouldn’t know the exact location of his house. Dawood, immaculately dressed in an Italian ensemble that wasn’t exactly a suit, greeted us warmly and apologetically explained, ‘I called you to tea because I don’t drink or serve alcohol,”.

That evening the conversations varied among the friends. Dawood, Bittu and Rishi talked about films, crime and songs. Rishi wrote in his book about what Dawood had said.

“I have carried out petty thefts but I have never killed anyone, though I have got someone killed”. This is what Dawood Ibrahim had said to Rishi Kapoor when they met. He claimed to have had someone shot in a Mumbai court for lying, as per Rishi‘s statements.

Well, coming up with autobiographies is marking a trend now. Karan Johar too will launch his autobiography titled, An Unsuitable Boy.