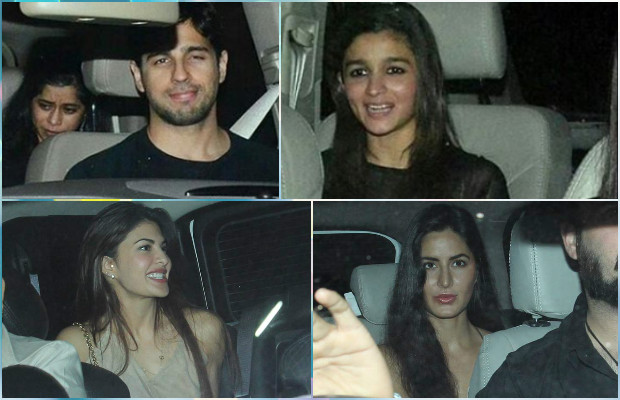 Bollywood actor Sidharth Malhotra, who made his debut in Karan Johar‘s Student of The Year, celebrated his 32nd birthday last night with his friends from the industry. The handsome hunk who has won hearts with his charming personality gave a very reason for his close friends to party together. Sidharth’s mentor Karan Johar threw a grand birthday party at his Mumbai residence attended by Katrina Kaif, Alia Bhatt, and many others.

Karan Johar’s parties are always star-studded with an envious guest list and this party was no different. Sidharth Malhotra’s alleged girlfriend Alia Bhatt arrived at the birthday party with her sister Shaheen and best friend Akansha Ranjan Kapoor. The Udta Punjab actress looked quite happy and excited like never before.