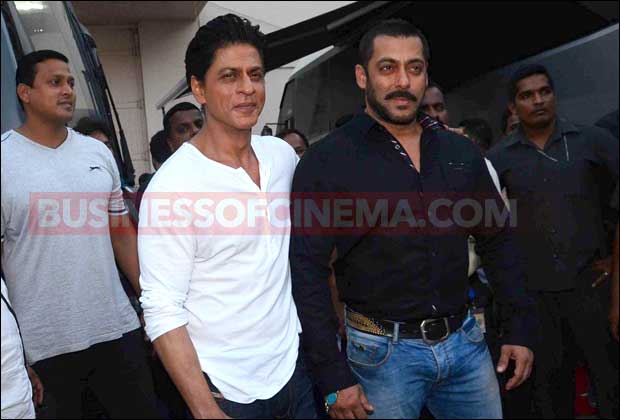 [tps_footer]Bollywood’s two superstars Shah Rukh Khan and Salman Khan have had a rocky relationship until last year. The two Khans last year buried the hatchet and now have become the same old friends like they were before. We all know Shah Rukh Khan promoted Salman’s ‘Prem Ratan Dhan Payo’ making dubsmash video with entire ‘Dilwale’ cast. Now, Salman is returning the favour.

Salman Khan aka Bhaijaan of Bollywood  showed his support for Shah Rukh Khan by tweeting the new trailer of ‘Dilwale’ and saying very nice things about the movie! Check out what the actor had to say.

This is not the first time Salman has shown his support for Shah Rukh. During ‘Prem Ratan Dhan Payo’ promotions, Salman had tweeted about the trailer launch and made dubsmash from SRK’s ‘Dilwale Dulhania Le Jaayenge’. Not only the Karan–Arjun of bollywood are back, they will also be seen in the upcoming episode of the Bigg Boss 9. The duo filmed the promo for the upcoming segment by making fun of their rivalry. Aren’t they cute? Well, we can’t wait to see Salman and SRK together on our TV screens after such a long wait. Also, it would be really cool to see them together at special screening of ‘Dilwale’.