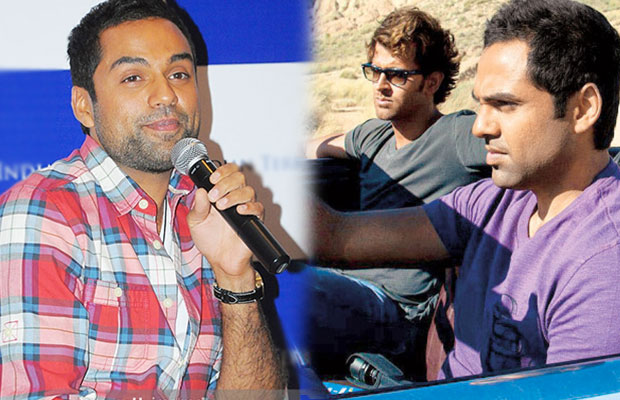 [tps_footer]Abhay Deol will soon grace the silver screen with his upcoming film ‘Happy Bhag Jayegi’. The cast of the movie is currently busy with back to back promotional activities. During the launch of the song Happy Oye, Abhay made an interesting revelation about the sequel of ‘Zindagi Na Milegi Dobara’. Lately, the masses were all caught up with the rumors of ‘Dil Chahta Hai’ sequel and now news for ‘ZNMD’ sequel is making rounds.

Abhay Deol, Hrithik Roshan, Farhan Akhtar, Katrina Kaif and Kalki Koechlin starred in the film ‘Zindagi Na Milegi Dobara’. The film was adored by the youth for its new take on relationships and life. The movie not only showcased the friendship between the three actors but it was also picturesque with its never seen before locations.

The movie is still regarded as the best one. Abhay was asked to comment on the sequel of the film and he replied, “I feel your pain, I want to make a part 2.”

Further the actor commented that Hrithik and Farhan are also asking Zoya to write a script for the sequel. Abhay Deol added that because the first part was received so well, the second installment will have to be even more amazing.

The humble actor gave a positive hope to everyone when he said that he will pressurize Zoya to make ‘ZNMD 2′. On the immediate front, Abhay will be seen in ‘Happy Bhag Jayegi’. The movie is a rom-com and also stars Diana Penty and Ali Fazal in lead roles.