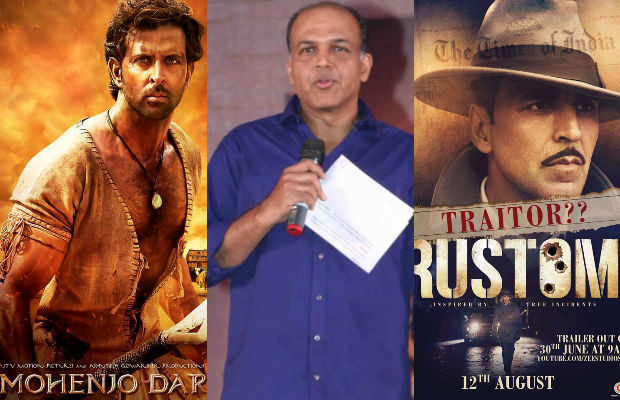 [tps_footer]Hrithik Roshan and Pooja Hegde’s Mohenjo Daro will hit the theatres this Friday. Ashutosh Gowariker directed the film. This will be his second film with Hrithik after Jodha Akbar. Well, the film is going to clash with Akshay Kumar’s Rustom.

The trailer of both the films looks magnificent. Both, Hrithik and Akshay took a lot of efforts to give their best to the film. Both the films are grandiose and people are very much excited about it. Well, as these films are going to clash, people are looking forward to the same. Well, Ashutosh has spoken up about the clash. The director while talking to BOC stated that “The clash is inevitable because every week some films are going to release and you have only 52 weeks in a year and you have close to 300 films. It’s not only just Hindi films but it’s also a South Indian film, it can even be a Hollywood film. So the clash is constantly on.”

He further added, “I think my worry is not about whom I am clashing with, but my worry is about the audiences’ that are coming to see my movie. What is their perception going to be about the film? I hope they are going to like it. I’m worrying more about that”

Seems just like Hrithik, even Ashutosh is quite cool with the film clashing with Rustom.

On the other hand, Pooja and Hrithik are looking adorable together in the film. People already like the music of the film composed by A R Rahman. Mohenjo Daro will release on Friday, August 19.[/tps_footer]