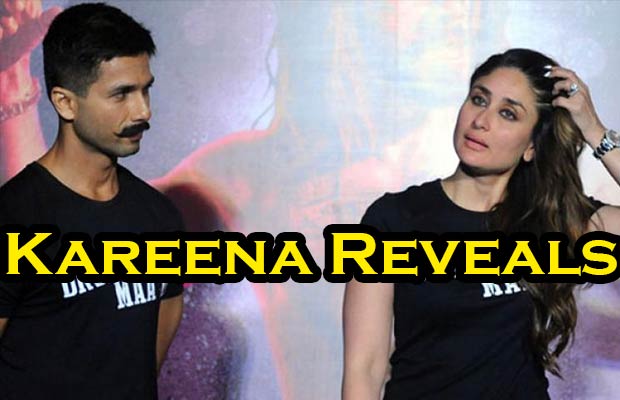 [tps_footer]As we all know Udta Punjab is all set to release on 17th June. Udta Punjab starring Alia Bhatt, Shahid Kapoor, Kareena Kapoor Khan and Diljit Doshanj is directed by Abhishek Chaubey and produced by Anurag Kashyap. The film has garnered a lot of attention for Shahid and Kareena working in a film together and also for the unwanted censorship.

Even though Shahid and Kareena are not paired opposite each other in Udta Punjab, both of them have made public appearances together as a part of films promotional activities. The awkwardness between them was clearly seen in an event. During a recent interaction with a leading channel, Kareena was asked to speak up on this issue. To which she said, That as an artist she was just there to do her job and she wanted to work in the film. She also clarified that they were in the relationship  a long time ago and media should understand that we need to look in the future.

We are really happy that these two stars have moved on in their life and are happily married to their respective life partners. In fact, Shahid Kapoor is expecting his first baby too. We wish them all the good luck for their personal and professional life.[/tps_footer]