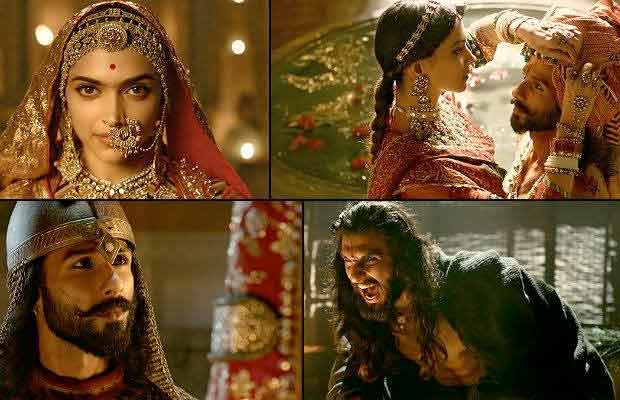 Sanjay Leela Bhansali’s Padmavati is probably one of the most awaited films of the year. The period drama has already created a lot of buzz amongst the audience. Especially after the first looks of the main leads came out. And now finally we get to see the trailer of the film. The main leads including Deepika Padukone, Ranveer Singh and Shahid Kapoor have tweeted announcing the launch of the trailer of the film.

Each of them wrote, “#PadmavatiTrailer arrives today at 13:03. Stay tuned! @FilmPadmavati”
But wait. What is with the precise time of 13:03? Well, the reason is going to amaze you.

As described by Wikipedia, “In 1303, the Delhi Sultanate ruler Alauddin Khalji captured the Chittor Fort from the Guhila king Ratnasimha, after an eight month long siege. The conflict has been described in several legendary accounts, including the historically unreliable Padmavat, which claims that Alauddin’s motive was to obtain Ratnasimha’s beautiful wife Padmini.”

Now it does make some sense. 13:03 or 1303 is the time period where the story of the film comes from. Well, we must say that a lot of thinking has been put behind this! Isn’t it?

Talking about the film, after much delays it is going to hit the theatres on December 1, this year. While Deepika Padukone will be playing the role of Queen Padmini, Shahid Kapoor will potray the role of her husband, Rana Rawal Ratan Singh. Ranveer Singh will be playing Alauddin Khilji, who invades Chittor in an attempt to capture the queen.