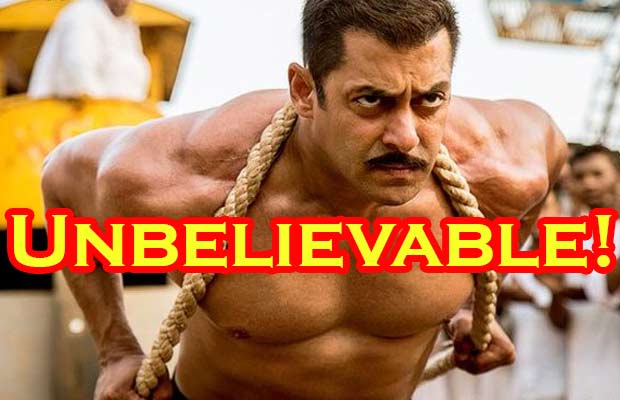 [tps_footer]With no guess, Salman Khan’s film Sultan is the much-awaited film of the year. With and each and everyone looking forward to the release of the film, here’s a good news for all Salman Khan and Anushka Sharma’s fans. The Central Board of Film Certification (CBFC) has cleared Anushka-Salman starrer film with no cuts and a U/A certificate, which is the first achievement for the makers of the film following box office records.

So obviously, no scenes from the film have been cut and the audience can enjoy the whole movie as set by the makers of Sultan. Reportedly, CBFC has also immensely liked the film and are also hoping that the film would run well at the Box Office. Meanwhile, with strong storyline and star cast, it is expected that Sultan will break all the opening records of this year at the Box Office.

Also, it should not be forgotten that the film is releasing on Eid, which is one of the advantage factors. Well, considering Salman Khan’s fan following and past records at the Box Office, the first weekend collections of ‘Sultan’ will surely not surprise many.

Talking about the film, Sultan is directed by Ali Abbas Zafar, which stars Salman Khan and Anushka Sharma in lead roles. The film is based on a Haryanvi wrestler named ‘Sultan Ali Khan’, played by Salman in the film. The film will release this year on Eid.[/tps_footer]