While everyone is celebrating Christmas with glitter and glamour, Farhan Akhtar chose a different way to bring in the festive season.

Farhan Akhtar chose a healthy way and went on a Christmas ride around the city.

The actor rode the cycle for almost two hours conquering the total distance of 40.17 km.

Farhan Akhtar took to his Insta story highlighting the numerics of his cycling tour as he started off from his place in Bandra and went to town.

The actor shredded 1200 calories in less than two hours of rigorous cycling and his chiseled body is the testimony of his fitness mantra. 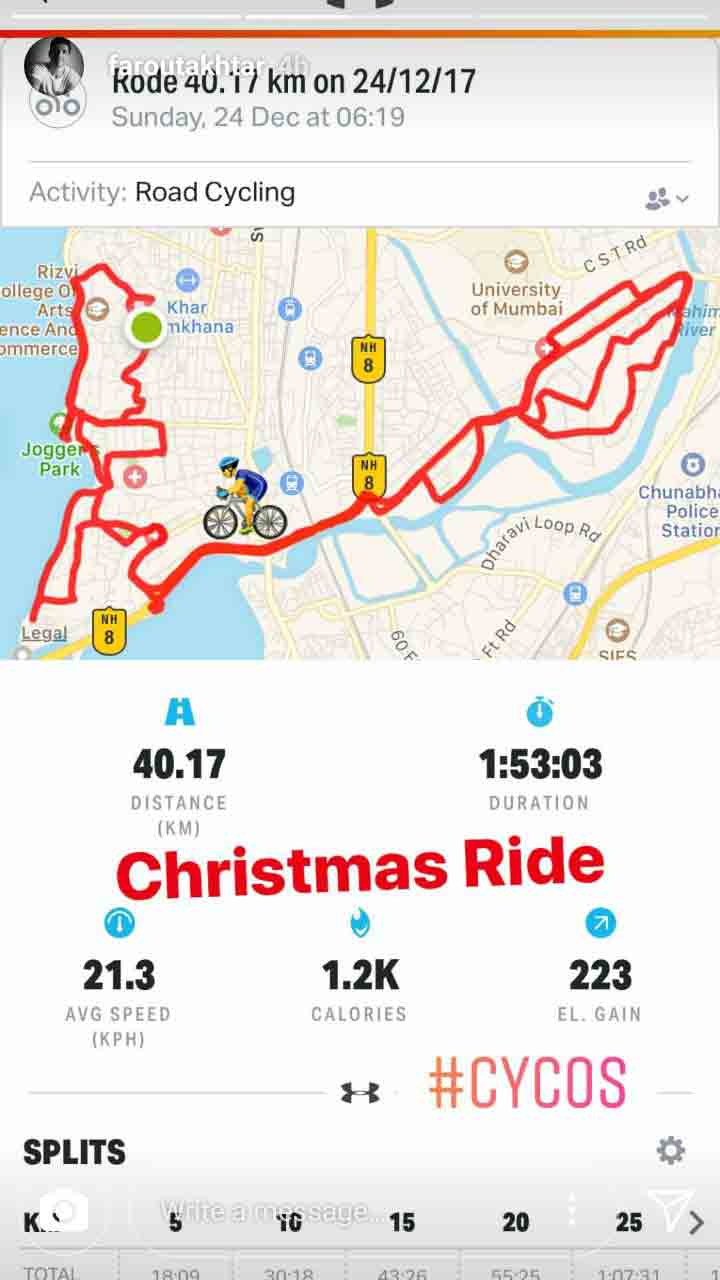 It is a known fact that Farhan has time and again indulged in cycling giving some real good fitness goals.