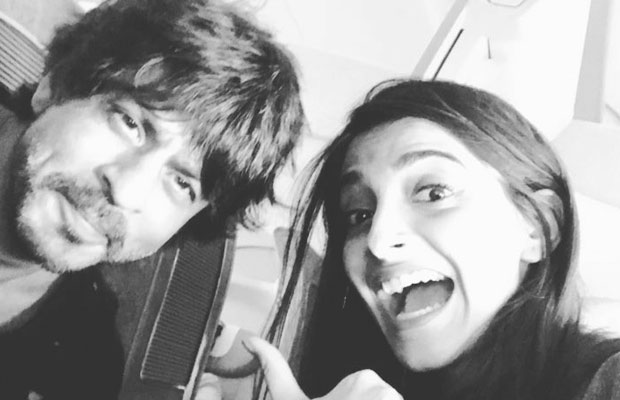 Sonam Kapoor unexpectedly happened to be on the same flight as Shah Rukh Khan‘s. The two bumped into each other and also clicked a selfie. Not missing to capture the moment, Sonam Kapoor, who was quite excited shared a selfie of her with Shah Rukh Khan on her Instagram story and captioned it as, “ “Look who’s on flight with me” 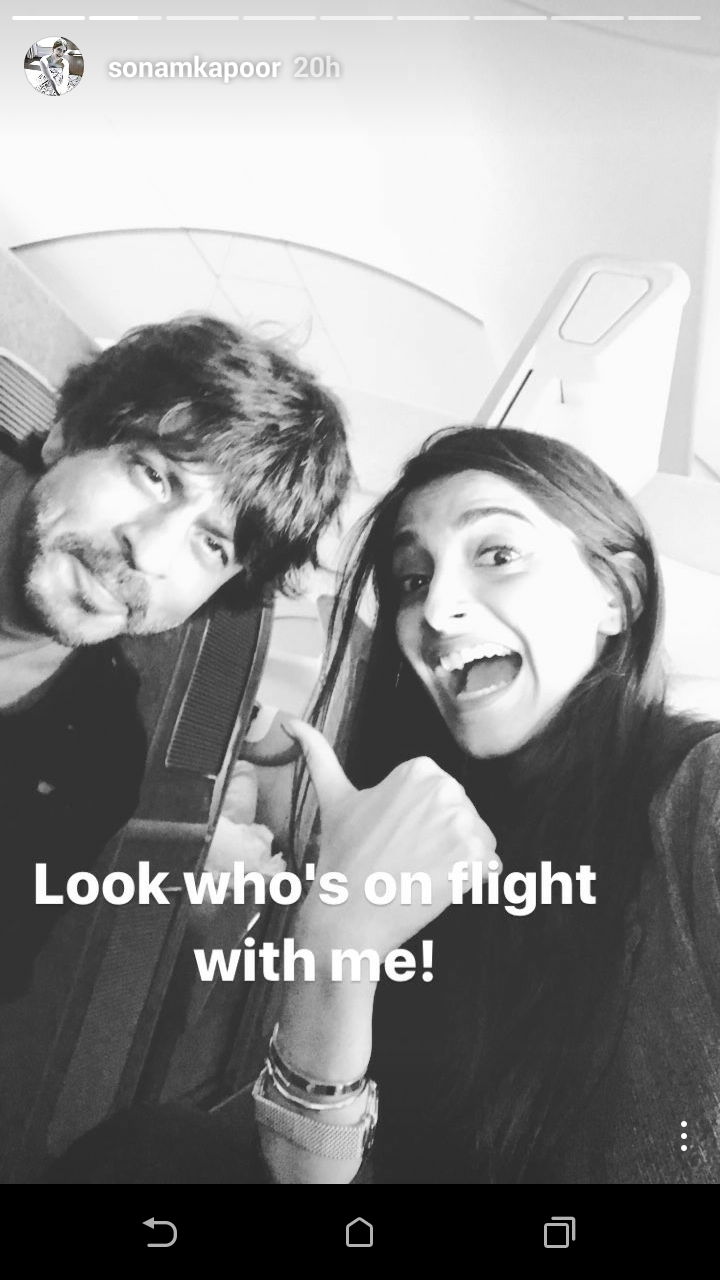 Well, with Sonam bonding with SRK time and again, does that mean she has been finalized in Anand L Rai’s next? Is this a sign that Sonam and Shah Rukh Khan will be seen together on the silver screen? Well, only time will tell! Meanwhile, we wonder if SRK and Sonam had a word with each other about the same during their short flight journey.

Recently, in an interview with a leading magazine, Sonam Kapoor was asked about being offered a role opposite Shah Rukh Khan. To which she replied, ‘I don’t think Shah Rukh wants to work with me. There have been so many opportunities where I could have worked with him but he’I wanted to work with him and I reached out to him as well. But I never got the opportunity. I guess it’ll happen whenever he feels like working with me.”