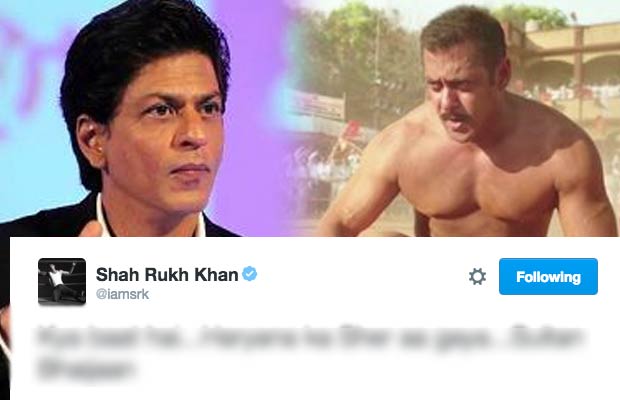 [tps_footer]Wow ! It’s refreshing to see love and support in this year of break ups, suicides, divorces, and legal wars. Shah Rukh Khan has been rigorously promoting his upcoming movie Fan and now he is taking an interest to promote Salman Khan and Anushka Sharma’s upcoming movie Sultan. Remember, Shah Rukh Khan and his entire team of Dilwale including Kajol, Varun Dhawan and Kriti Sanon promoted their movie on the sets of Salman Khan’s reality show Bigg Boss and later they promoted Salman’s Prem Ratan Dhan Payo and in return Salman Khan promoted Dilwale and sent his best wishes to the entire team.

Now, we don’t know if all this promotion is happening out of love for each other, just friendship, professional relation or because both the movies Fan and Sultan are made under the YRF banner that is making them promote each other’s work. Whatever the reasons are we hope Shah Rukh Khan and Salman Khan keep a healthy relation and keep promoting each others upcoming projects.

Check out Shah Rukh Khan’s tweet and the first teaser of Sultan, 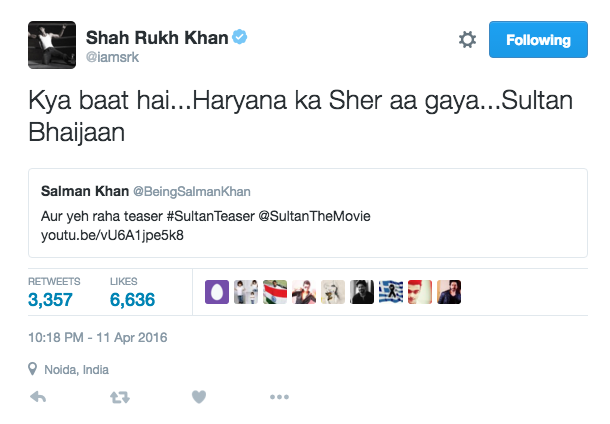