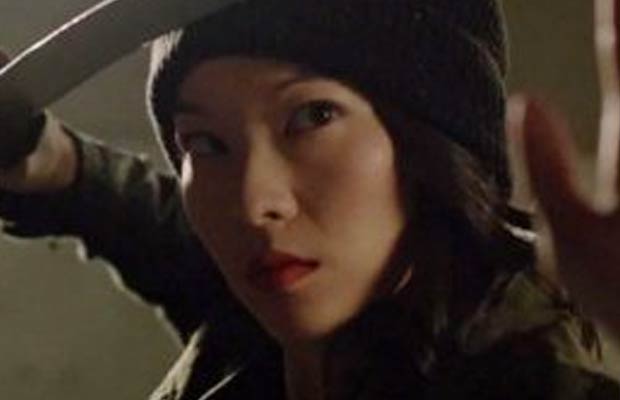 [tps_footer]MTV just wrapped the fifth season of ‘Teen Wolf’ and it has already started production on the sixth season with Tyler Posey, Dylan O’Brien and Holland Roden returning for it. Well, but there is a major change that will be happening in the sixth season.

Actress Arden Cho, who made her debut on ‘Teen Wolf’ in season 3 as a Kitsune, has announced that she won’t be returning for the next season. This came as a shock to all the fans who were eagerly waiting for the new season. The actress announced this news through a video on her Youtube channel where she talked about her exit.

Arden played the character of Kitsune Kira Yukimura on the show who also happens to be Tyler Posey‘s character Scott McCall‘s girlfriend. The actress said that her character has come to an end. It isn’t the end everyone was hoping as they expected the writers would explore Kira’s powers but that is not going to happen now.  Expressing her love for the character and the show, she said “I just want to say I love Kira Yukimura so much. love the Yukimura family. I loved my experience on Teen Wolf. I love the cast and crew, it’s been an amazing three and a half years. It’s gone by so fast. But unfortunately, it looks like we are wrapped up with Kira’s storyline and she won’t be coming back for season six.”

In the season five finale, we saw that Kira was headed to the desert to learn to control her powers by taking the help of the skinwalkers. She said goodbye to Scott and told him that she will be back. Goodbye to #Scira for now.

Arden also apologized about the interviews where she said that she was excited for the season six and was keen to know about the next storyline. She said “I think sometimes on a show where there are so many characters there isn’t always room for everyone and everyone’s storylines, so I guess that was it. I do wish we would’ve developed a little bit more of her powers and the skinwalkers and just there would’ve been more of like an epic ending.”

None of the actors have commented on the change yet, but it is definitely a great loss for the show. We wonder how Scott plans to move on from Kira now that she won’t be with him. Also, can we expect a new love interest for him?

Well, ‘Teen Wolf‘ is known for bringing back the characters even from the dead, so we can be hopeful that Kira returns someday. Time will tell. The new season probably will air after summer.