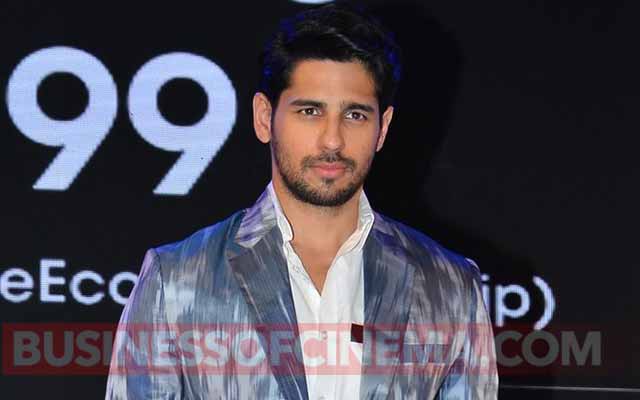 Well, there was a rumour that Sid will be working in the Indian remake of the Rambo franchise. Reportedly, initially, Hrithik Roshan was first considered for the role played by Sylvester Stallone. Later, there was buzz that Sid is replacing Hrithik in the film. Ask Sid, if he is working in the Rambo remake, the actor answers, “There was some news but I am not doing the film, Rambo.” Well, Sid has finally put an end to all the rumours making the round that he is doing the remake of Rambo.

On Baar Baar Dekho, about his character,Sid says, “I could relate to Jai. I think most of the youth can relate to Jai’s problems like commitment phobic, wanting to do more in their career than in their personal lives.” About the film, he said, “It has a very nice message in the end that how important it is to maintain a balance in life.”

Director Nithya Mehra marks her directorial debut with Baar Baar Dekho. The music of the film is quite impressive and a few songs from the film are already top on chartbusters. The film will release on September 9. The film will clash Sohail Khan directorial Freaky Ali, starring Nawazuddin Siddiqui.[/tps_footer]