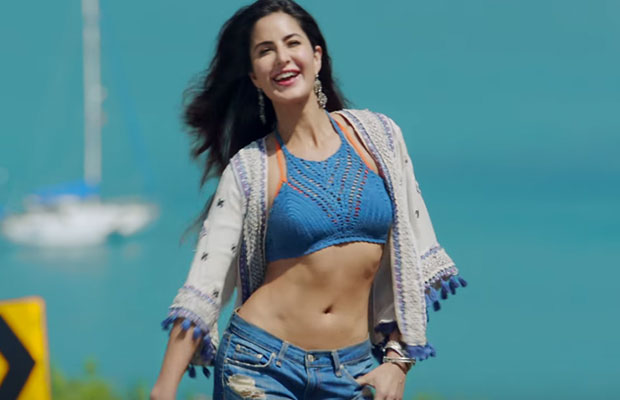 [tps_footer]Katrina Kaif is all geared up for her upcoming film, Baar Baar Dekho, also starring Sidharth Malhotra in the lead. Katrina looks sizzling in the entire trailer. She has sported different looks in the films and looks like a complete hottie. Her performance in the song Kala Chashma is mesmerizing. Her abs in the song have killed many hearts.

Well, ask Kat, if not her, which actress could’ve done Kala Chashma song in the film, the actress laughs out and says, “There’ no meaning only to that. That’s like saying if I’m not in the film, who can do it better. Everyone does a good job. And if anyone had Kala Chashma, they would be doing that well. I don’t  know who could do it better.”

Well, after Kat has given such a magical and stunning performance in the song, we think she is the best choice for Kala Chashma. Her killer abs, her latkas-jhatka, and the gracefulness she shows in the dance is wonderful. Apart from Kala Chashma. the actress also showed her flexible moves in another song from the film, Nachde Ne Saare. She looks absolutely dazzling in the film. Also, Sid has sported different looks in the film. This time-travel love story looks quite pleasing and we cannot wait to watch the film. Also, this is the first film in which Kat and Sid are working together, yet their chemistry looks quite sparkling in the trailer and songs.