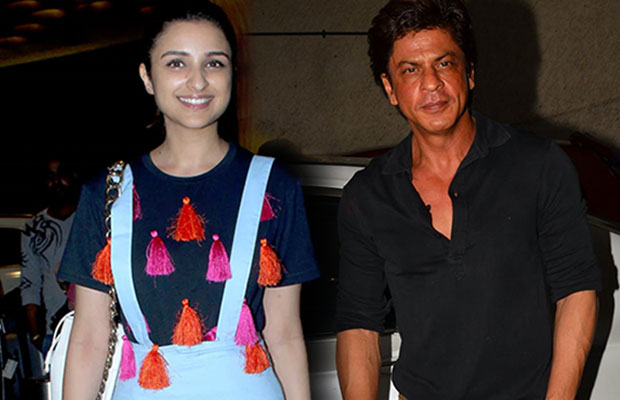 [tps_footer]Shah Rukh Khan will soon be working with Aanand L Rai. SRK will be seen as a dwarf in the film. Well, there were reports that Parineeti Chopra would be starred opposite King Khan in the film.

Director Aanand has finally opened up on her role. According to reports, the director said that he has not cast any actress yet for the film. He stated that these rumours are coming out because of his laziness. He added that these speculations of Parineeti being chosen for the film are coming out because he is not touching the finishing line and coming up with the cast.

Well, the Tanu Weds Manu director said that he would take a couple of weeks to take a call. He has already approached a few actors, but nothing has been finalised yet. Seems like we would have to wait for some more time to know who will be paired opposite SRK. Rai said that he needs at least two weeks so that he can talk about the cast and the film in a better way.

Parineeti was last seen in an item song Jaaneman Aah, with Varun Dhawan in Dishoom. She is currently working for Meri Pyaari Bindu. The bubbly actress will be romancing Ayushmann Khurrana in the film. On the other hand, SRK’s film Dear Zindagi with Alia Bhatt will release on November 25. His film Raees will hit the screens in January 2017. The actor will soon start shooting for Imtiaz Ali’s next starring Anushka Sharma in Budapest.[/tps_footer]