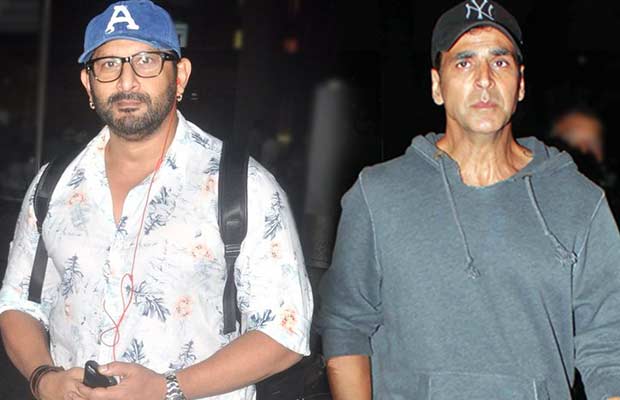 [tps_footer]As we all know Bollywood actor Akshay Kumar has replaced Arshad Warsi for Jolly LLB 2, the sequel to hit movie Jolly LLB. Reportedly, the producers of the film wanted a big star for the film and so Akshay Kumar was approached. When asked about the same Arshad Warsi had earlier said, “I am not doing it… Akshay is doing it. I was supposed to do it, but Fox Star Studios needed a bigger star, so they chose Akshay.”

He also added saying that having Akshay Kumar in the film is easier for the makers of the film to have a hit and recover their production cost. Well, when asked about the same to Akshay Kumar at the interview of Rustom, Akshay said, “It’s a producer’s call. I can’t comment on it.”

He then added saying, “There are many films like Welcome, Hera Pheri were I was replaced. I don’t feel bad it’s my franchise.”

Well, we all know Akshay Kumar is very much positive in life and takes things sportingly, be it at professional or personal level.

The sequel of Jolly LLB will reportedly be shot in Lucknow and Varanasi. It is likely to release next year in February. The film will be directed by Subhash Kapoor, is produced by Fox Star Studios.[/tps_footer]