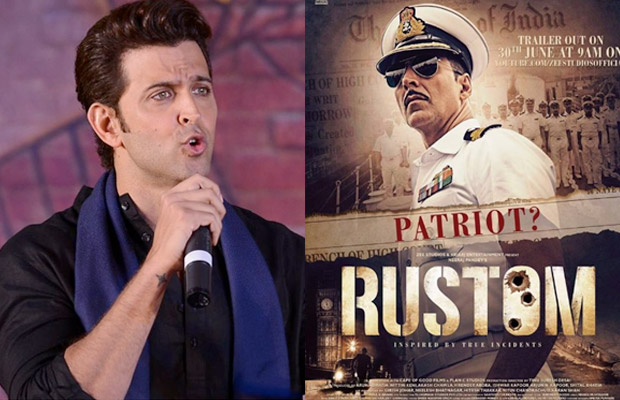 Hrithik Roshan’s Mohenjo Daro and Akshay Kumar’s Rustom are going to release on the same day. Both the films are magnificent, thrilling, and looks promising. Well, it is quite odd when Bollywood celebs promoted Rustom but not Mohenjo Daro. Celebs like Karan Johar, Ranveer Singh, Arjun Kapoor and many more promoted Rustom in unique ways.Well, when Hrithik Roshan was asked about it, he said that it is a good thing.

It is a fraternity and if someone needs support one must support quoted the actor.

Looks like Hrithik is taking their support towards Akshay’s film in a positive way. We are happy that the Jodha Akbar actor is having no hard feelings against anyone from Bollywood.

This Ashutosh Gowariker’s directorial is an epic adventure-romantic film. It stars Pooja Hegde opposite Hrithik Roshan. They are looking adoring together. A R Rahman composed the music for the film. People are already enjoying the music of the film. At the 69th Locarno International Film Festival, Mohenjo Daro will be screened as the closing film. It will hit the theatres on August 12, this week.