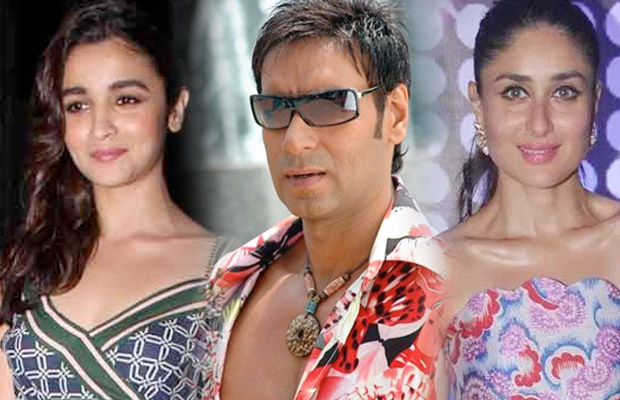 From last few days, there has been a lot of buzzes over which actress will be the part of Golmaal 4. This Ajay Devgn starrer is coming with the fourth installment and Kareena Kapoor Khan is not a part of it. The actress is pregnant and thus Alia Bhatt and Deepika Padukone were considered as a female protagonist.

Well, Ajay Devgn finally opens up on the female lead of the film. At the trailer launch of his upcoming film Shivaay, he stated that nothing has been finalized yet and he has no idea about it. He also further added that people should expect the same what they expect from Golmaal. It is a funny film and that’s what it will be about.

The actor also revealed that he hasn’t started preparing for the film yet. The film will hit the screens in Diwali next year. However, it is still a mystery whether Deepika or Alia will be a part of Golmaal 4. Directed by Rohit Shetty, the film also stars Tusshar Kapoor and Arshad Warsi in the lead roles.