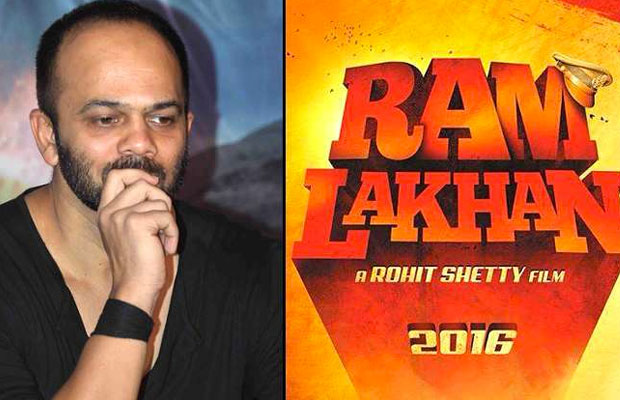 [tps_footer]A year ago, Rohit Shetty announced that he is interested in making a remake of 1989 hit film, Ram Lakhan. The original film stars Jackie Shroff and Anil Kapoor in the lead roles. Well, Rohit finally opens up on his remake of the same film.

According to reports, the Golmaal director says that he is not doing the remake of Ram Lakhan. He further added that he wasn’t able to find an actor for Ram’s role as every actor wanted to do only Lakhan’s role. He said that Ram Lakhan cannot be made without Ram. So, he decides that he will focus on some other movies and make only one hero film, as actors today are willing to do only such films.

Well, that’s sad that there won’t be a remake of such a good film. Apparently, Jackie Shroff who  played Ram’s role wanted Sidharth Malhotra to play his character, Ram. On the other hand, Anil Kapoor who played Lakhan wanted Ranveer Singh to play his character. Sadly, due to no casting, the film is currently stalled now. Rohit also revealed that he is working on a film with Karan Johar. Well, that would be interesting to see as to what two of the talented and distinctive directors of Bollywood will give the viewers. However, we still hope that Rohit plans to make the remake of Ram Lakhan somewhere in future.

Recently, Rohit directed an ad film with Ranveer, titled, Ranveer Chings Returns. The ad film has all the typical Bollywood film elements of drama, action, romance, dance, and comedy. The ad film received huge positive responses from the viewers. Well, after this, we are waiting for Rohit and Ranveer to team up for any time in future.

Rohit will soon start shooting for his hit series, Golmaal’s fourth sequel, Golmaal Again with Ajay Devgn and the other star cast. The fourth film won’t have Kareena Kapoor Khan as she is expecting her first child in December. However, there were reports that Kareena might feature in a song from the film. The film will hit the theatres in Diwali 2017.