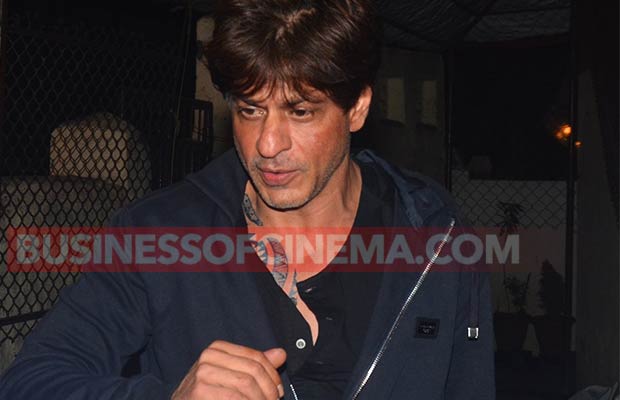 [tps_footer]Shah Rukh Khan is having a busy year ahead as he is occupied with several films. The handsome actor is currently shooting for Imtiaz Ali’s The Ring in Prague. He will then work with Aanand L Rai for his next. In Aanand’s film, Shah Rukh portrays a dwarf man’s role. Well, the release dates of both these films will be in 2017.

King Khan already has a big release in 2017; his much-awaited film Raees. The film is set to release on January 26, 2017. Also, his films with Imtiaz and Aanand makes it total 3 releases in 2017 now.

As per a web portal, the actor stated that he will wrap up Imtiaz’s film in October. Then, he will begin to shoot for Aanand’s film in November. As per sources close to the actor, apparently, The Ring might hit the screens in mid-2017. The makers are deciding to release this SRK-Anushka Sharma starrer immediately after the IPL matches. On the other hand, reportedly, his film with Rai would release either on Diwali or on Christmas. Also, Christmas is usually considered as Aamir Khan‘s slot, but the Dangal actor has not booked any date for 2017 yet. Hence, there are chances that SRK’s film with Aanand will release during Christmas 2017.

In the last few years, SRK has been releasing only one film a year, like Chennai Express (2013), Happy New Year (2014), and Dilwale (2015). Well, last year he promised his fans that he will now have at least 3 releases a year. Also this year Baadshah did two films; one was his April release FAN, and his next will be Dear Zindagi, also starring Alia Bhatt. Directed by Gauri Shinde, the film will hit the theatres on November 25. SRK is supposedly having an interesting cameo in Karan Johar‘s Ae Dil Hai Mushkil. Karan’s film is set to release on October 28.