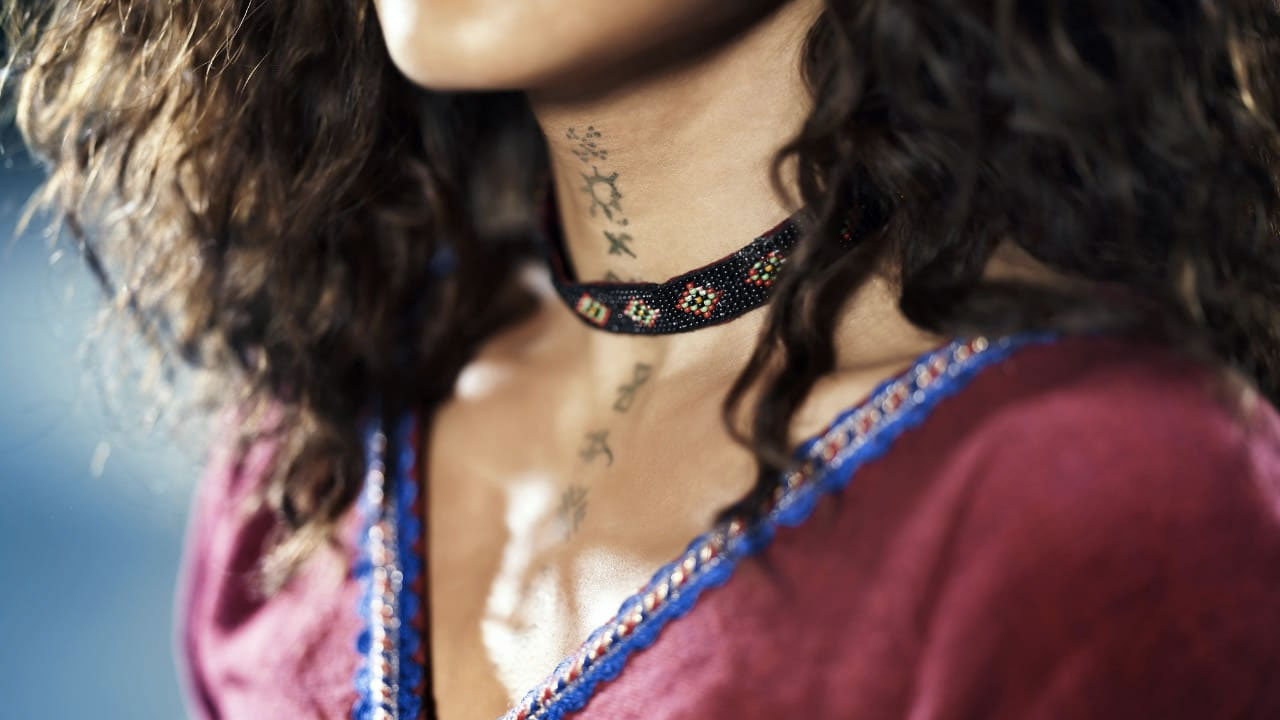 After surprising the audience with an amazing glimpse of a women’s ankle earlier today for their upcoming untitled film, RSVP Movies are back with another glimpse of a women which is sure to leave you intrigued to even know more about the character. Releasing this poster the makers have given a name to this mysterious character as ‘Rashmi’.

Taking to the social media handle RSVP movies shared, “Her simplicity is her greatest strength! Rashmi is coming to share her journey, stay tuned.”

After shaking the nation with the ‘Classic cult’ like Uri: The Surgical Strike, the makers have yet again come with a unique tale of a women who is fierce and strong at the same time but her simplicity will win over everything which is a greatest strength. The picture showcases a women wearing a black choker and a tattoo which has a meaning to say about her life is sure to present another yet unique narrative.

The earlier poster has already raised the curiosity of the audience to even know more about RSVP’s next. This mesmerizing look of a women has not only piqued the interest of the fans to know about who the character is but also what the film is all about !