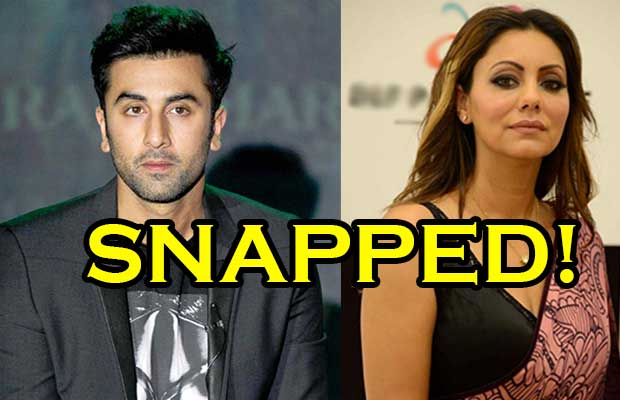 [tps_footer]Ranbir Kapoor who is bombarded with media attention for his personal life is happily shopping his way out. The mind blowing actor who is filled with credible projects is roaming the streets of London. The handsome hunk gained all the limelight lately for his break up with actress Katrina Kaif. Nevertheless, the actor has never opened up on his relationship woes.

Ranbir and Katrina were going strong since a long while. Speculations also hinted at the fact that the two love birds will get hitched. Things took an ugly turn and the two celebs parted their ways unexpectedly. As we all know, after the break up Ranbir moved back to his parents’ house. The love nest shared by the Kapoor lad and Katrina was deserted and Kat lived there for a while.

Well, after living with parents, the Tamasha actor is finally moving on to the next level. The actor recently bought a lavish apartment for himself in Pali Hill. After loads of research Ranbir fixed this apartment. The new update on the home is that Shah Rukh Khan’s wife Gauri Khan is designing Ranbir’s house.

Gauri Khan who is known for her unmatchable designing skills will flaunt her talent on Ranbir’s new nest. Gauri and Ranbir who visited London for Karan Johar’s birthday have headed to the scenic place yet again to shop for the house.

Ranbir Kapoor and Gauri Khan are picking up exquisite stuff for the new apartment. Currently, the handsome actor is residing in Deonar in his grandmother’s bungalow. The talented star might move in his new apartment in September.