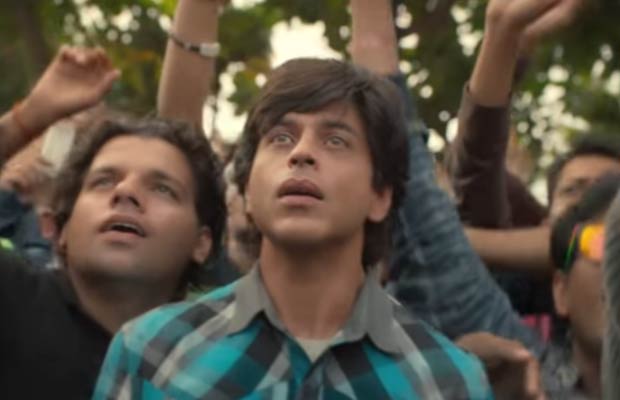 [tps_footer]Shah Rukh Khan is going to have a very busy 2016 with two of his massive films on release. King Khan will soon be seen in the much-awaited movie ‘Fan’. Shah Rukh Khan will be seen in a double role in the movie and the concept of the film has already raised the curiosity levels. Every film these days is in the news for its tussle with the Censor Board.

Pahlaj Nihalani the Chief of the Censor Board has been criticized to no ends for his unreasonable decisions. The Chief of CBFC has been targeted for being illogical for directing unnecessary cuts in movies which hamper creativity. Yet again a similar thing has happened to Shah Rukh Khan’s film ‘Fan’.

Almost all films have gone through this painstaking process and ‘Fan’ has also been directed cuts. As reported by a leading daily, the Maneesh Sharma directorial has been ordered 7 cuts in the film. The movie depicts a scene wherein the character of Gaurav (the fan) is heartlessly beaten up by the police officials. The scene is a prolonged one. The scene further sees the character of Aryan (the superstar) telling the police officials to continue the beating.

The Censor Board has ordered the makers to cut the sequence by 50 percent. Apart from this particular cut, six other verbal cuts have been ordered in the film. The words are speculated to be cuss words in both Hindi and English.

Directed by Maneesh Sharma, the film ‘Fan’ revolves around the story of a superstar and his biggest fan. The film will further depict how the fan becomes a revengeful character. The movie is all set to hit the screens on April 15th, 2016.