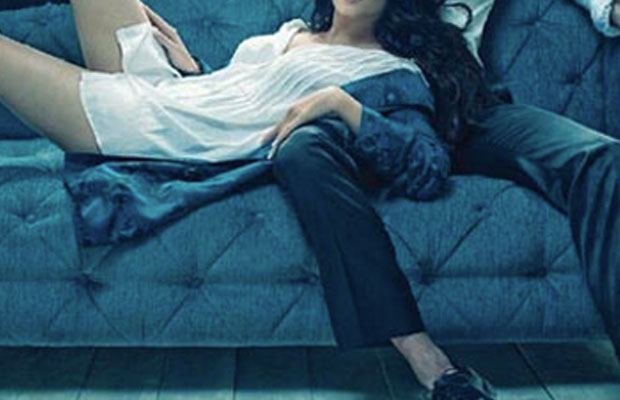 Ranbir Kapoor and Aishwarya Rai Bachchan’s steamy, and hot chemistry in Ae Dil Hai Mushkil has become the talk of the town. The actors look smoking hot together in the movie promos. We have never seen Aishwarya in such a bold avatar before. The chemistry looks so crackling because both are extremely alluring and good-looking.

Well, there’s still time for the film to hit the theater screens. So to add more to your excitement, one of Ranbir’s fan group on Twitter has shared a hot pic of a magazine photo shoot, featuring Aishwarya and Ranbir. In the pic, both the actors are wearing white outfits. Ranbir is sitting on the couch and Aishwarya is laying on his lap. The Tamasha actor is staring at her legs in the pic. Well, this is just one picture. We wonder how appealing the rest of the photos from the shoot will look!

Fans are really waiting to see their sizzling chemistry on-screen. However, as per latest reports, the Censor board has chopped off some steamy scenes between Ranbir–Aishwarya. It is indeed sad as fans were eagerly waiting for their chemistry to rock on the silver screen.

ADHM will be releasing on October 28, during Diwali. It is clashing with Ajay Devgn’s Shivaay.