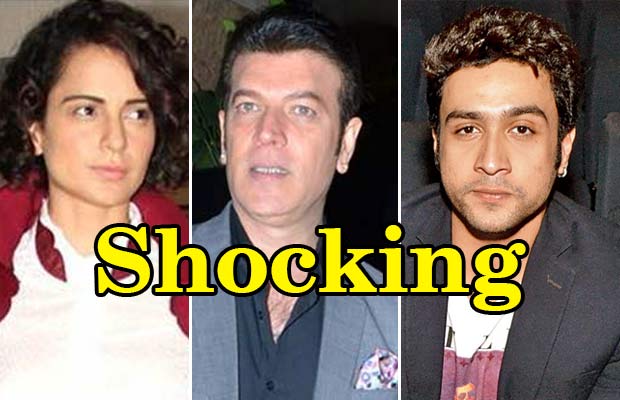 [tps_footer]Kangana Ranaut and Hrithik Roshan’s legal battle is getting uglier than imagined. The actress who was until now known for her films and characters is now only making headlines for her controversies with Hrithik Roshan. The Queen actress first tasted the criticism when her emails were leaked in the media. The emails sent by Kangana hinted that the relationship was one-sided and Hrithik was not involved.

Further, the case took a massive turn when Kangana Ranaut leaked pictures of herself and Hrithik Roshan. The two stars were seen hugging each other. And the photograph almost proved that Hrithik Roshan was lying. Moreover, Hrithik’s ex-wife Sussanne Khan came to the rescue and stated that the picture was morphed and was not genuine. This revelation yet again turned the sides.

The Tanu Weds Manu Returns actress has now landed in a big trouble with ex-boyfriend Adhyayan Suman’s claims. The actor who is missing from the limelight was much in the news a few years back for his relationship with Kangana. However, the relationship was ugly and Adhyayan has finally come out in the open and confessed about the same. From physical abuse to black magic, Adhyayan has claimed chilling details about Kangana.

Aditya Pancholi who was also speculated to be in a relationship with Kangana Ranaut was then bombarded with questions after Adhyayan claimed that Aditya had warned him for dating Kangana for her behavior. Well, when Aditya Pancholi was asked about the same he lashed out and said, “Who is Adhyayan Suman? Get him here.” Pancholi was asked the question when he was spotted at the ‘Baaghi’ screening.

Seems like, Aditya Pancholi does not want his name dragged in the massive controversy![/tps_footer]