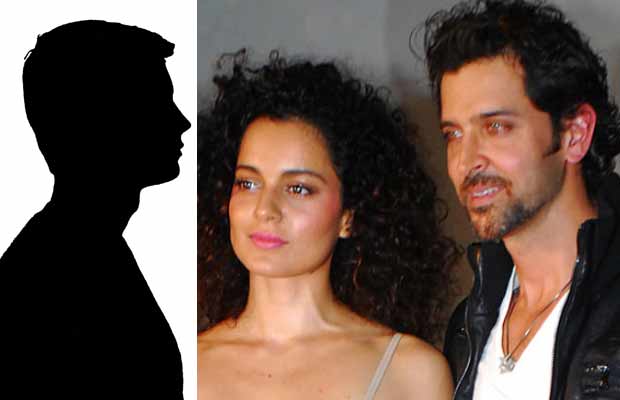 [tps_footer]Soon after Kangana Ranaut‘s ex-boyfriend Adhyayan Suman revealed some shocking truth about his relationship with the actress in an explosive interview, many from the industry were also in a shock with the truth. Among many was Jazbaa director Sanjay Gupta, who couldn’t stop himself to speak his mind out over Kangana–Hrithik Roshan controversy.

Director Sanjay Gupta, who will be directing Hrithik Roshan in his upcoming film, Kaabil slammed Kangana on the micro-blogging site Twitter.

He tweeted some of the viral pictures of Kangana and Hrithik with a caption, “Look at these pictures. The TRUTH is out! Ms Ranaut’s lawyer & PR need to shut up & stop their ridiculous games.” 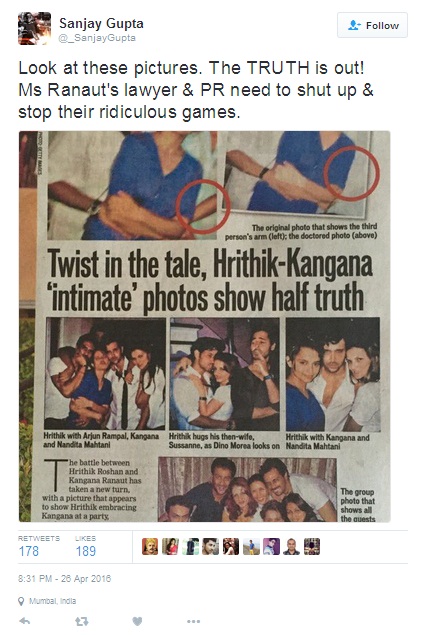 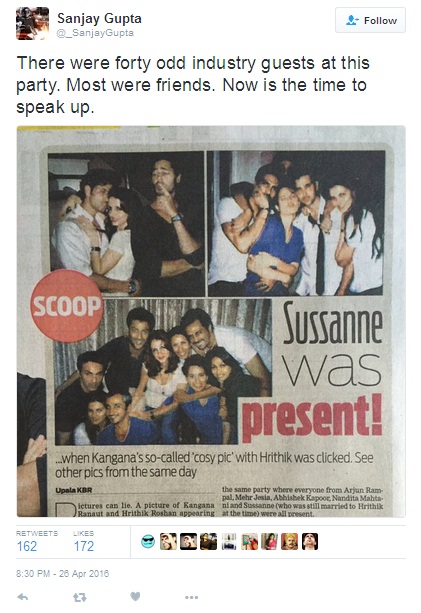 Kangana and Hrithik Roshan‘s controversy has become an intense subject of speculation and moreover, with each passing day it is going murkier and nasty. Hrithik is trying his all best to prove that he had nothing to do with the actress while Kangana‘s ex Adhyayan Suman gave a whole new twist to the controversy by revealing that Kangana had physically abused him.

However, it seems both the stars are all set to bury the past and move on. On Thursday (April 28), a statement issued from Kangana reads, “We would like everyone to know that some common people have started intervening in the matter and want the matter to be resolved amicably. Therefore, to end the matter on a positive note we shall not be giving any further statement to the media on the said matter, as the same has also been assured from their side.”

All we can say is to let bygones be bygones and move on with their respective lives.[/tps_footer]