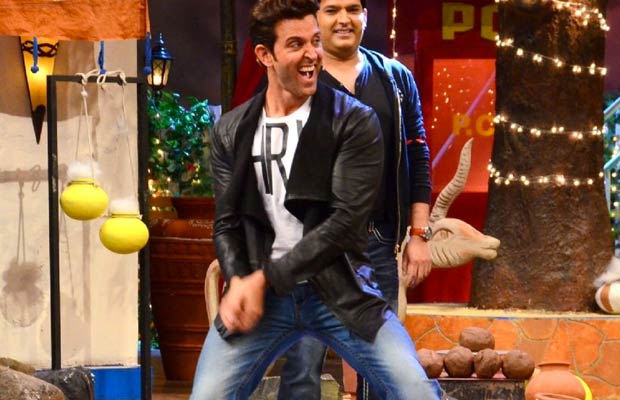 We all know Hrithik Roshan and Ranveer Singh are great friends. They are also very good dancers in Bollywood. Ranveer once even went out on the streets to promote Hrithik’s Bang Bang. The actor danced amidst the crowd on the busy streets of Mumbai. Hrithik was very impressed by the actor’s guts.

Well, recently when Hrithik was promoting his film Mohenjo Daro on The Kapil Sharma Show, he danced on Malhari. One of his fans dared him to dance and guess what he shook a leg on Ranveer’s Malhari. Isn’t that sweet? Well, we’re waiting on what Ranveer has to say about this.

Ashutosh Gowaiker’s directorial Mohenjo Daro also stars Pooja Hegde in the lead role. It will hit the screens on August 12, 2016, along with Akshay Kumar’s Rustom. Both the films have created equal buzz and not only fans but also stars are looking forward to both the films. Hrithik will next be seen in Kaabil. The film stars Yami Gautam in the lead roles. The first look of Kaabil was out a few months ago and received positive responses. The film is supposedly going to clash with Shah Rukh Khan’s Raees. Well, if both the films are out on the same day, the Bang Bang actor will witness another clash at the box office.