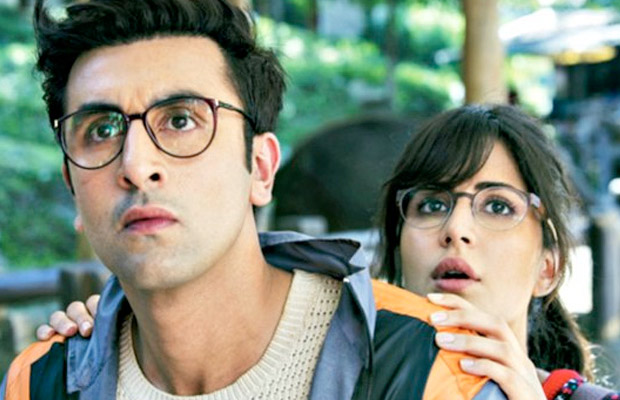 ‘Jagga Jasoos’ starring Ranbir Kapoor and Katrina Kaif in lead roles is much delayed. The film until now has only gained headlines for its postponed release date. The movie is in the making since a long time and has also had its share of troubles and delays. Additionally, with Ranbir and Katrina’s break up the movie encountered another hassle.

Finally, the film is making positive rounds for its release date.  Directed by Anurag Basu, the movie also gained attention when it was reported that Katrina and Anurag Basu were entangled in a tiff due to a difference of opinions. The release date of the movie is finally decided for April 7th, 2017.

The film is co-produced by Disney and the music for ‘Jagga Jasoos’ is composed by Pritam. After such a long delay, the curiosity for the film has almost died down. The masses are not very eager for the film now because the film’s updates have become stale.

However, we assume that things will soon gain spark when Ranbir and Katrina appear together for the promotions after the breakup!

Apart from the same, Ranbir Kapoor is gearing up for his film ‘Ae Dil Hai Mushkil’. The film is directed by Karan Johar and will also feature Anushka Sharma and Aishwarya Rai Bachchan. Ranbir will also start working on the Sanjay Dutt biopic.

Coming to beautiful actress Katrina Kaif, the starlet has impressed everyone with the trailer of her film ‘Baar Baar Dekho’. The movie stars Sidharth Malhotra opposite Kat. The Nitya Mehra directorial is already on the wish list of the masses. ‘Baar Baar Dekho’ will release on September 9th, 2016.