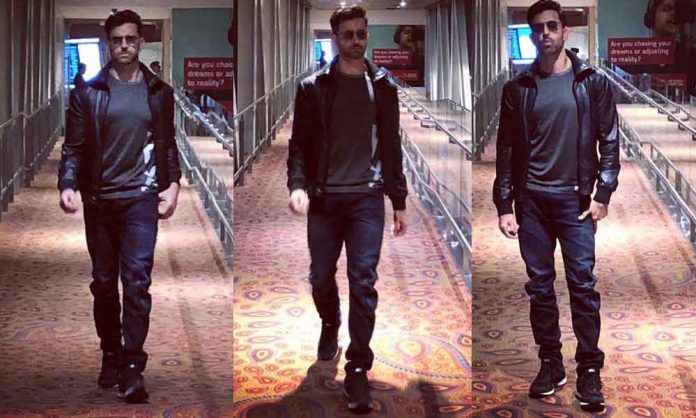 Hrithik Roshan recently took to his Instagram sharing a picture with a very quikry message.

The actor posted an Airport look with a caption dedicated to all the papparazzis. Keeping it basic yet classy,  Hrithik Roshan looks dashing with a basic grey t-shirt paired with blue denim jeans and black leather jacket.

From sharing pictures from the vacation to the sets of Super 30, Hrithik Roshan keeps his fans engaged and interested.

In his upcoming next Hrithik is eassying a role of Anand Kumar, the man behind Bihar’s Super 30 club, runs a coaching institute, especially dedicated to train children from backward sections of society in mathematics.

During the prep  to get into the skin of the character of a Bihari, Hirthik even shared  a video with his children having a conversation with a bihari dialect  in order to flawlessly essay the accent and the character.

Marking the occasion of Teacher’s Day, the makers of Super 30 released the first look posters creating an immense buzz amongst the audience. The audience has appreciated the actor for his incredible transformation as a Patna based math teacher as he steps into the shoes of math wizard Anand Kumar.