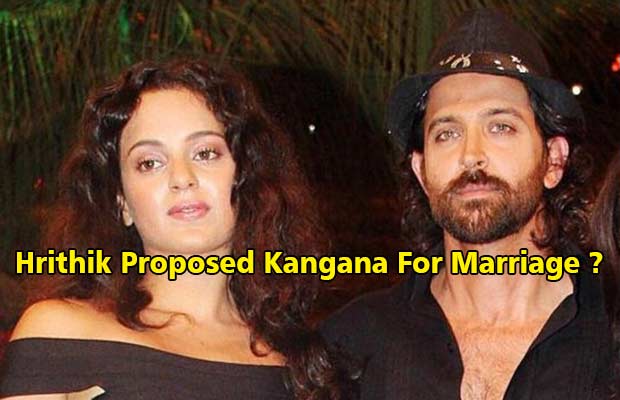 Kangana’s friend has made some shocking revelations, she said,”In December 2013, however, a call from Hrithik took her by surprise. He told her that he was divorcing Sussanne. Kangana was in Switzerland at that time and Hrithik in the US. She was on top of the world as he also told her he wanted to marry her after the divorce. But doubts cropped up in her mind. She didn’t know whether Hrithik was serious or not. She kept saying that maybe he wanted to be with her on the rebound.”

“In the first week of February, soon after he resumed shooting for Bang Bang, Hrithik stopped communicating with her. Kangana took off for a vacation in New York where she heard rumours about his growing closeness to his Bang Bang co-star Katrina Kaif. On February 14, she confronted him about the rumours when Hrithik called her and asked him to be honest with her. He only wanted to know if anyone was aware of the engagement. When Kangana told him that she had informed her family about it, he said that she had misunderstood his intentions.”

By that time, Kangana had almost realized that her relationship with Hrithik is not going to work and had reportedly moved on later. Well, with sort of rumours and revelations on their tiff are doing rounds, we wonder if Kangana is trying to play safe from her side in order to save her career or can we say there is a kind of hidden purpose behind the whole drama? Time will tell better!