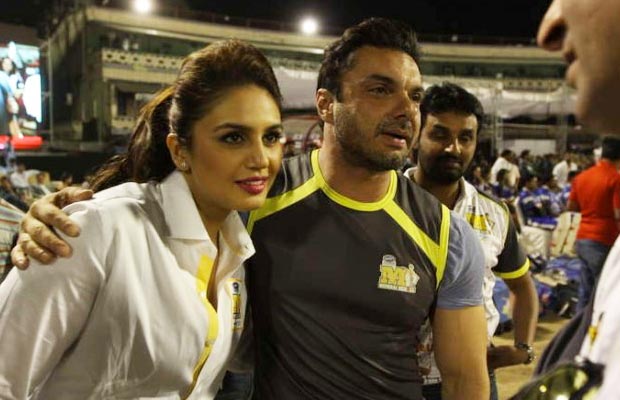 [tps_footer]Lately, rumours were taking rounds that Salman Khan’s brother Sohail Khan and actress Huma Qureshi are in a relationship. The rumours started after Sohail and Huma were seen close last year, during Celebrity Cricket league (CCL).

While the unnecessary rumours were taking rounds, however, Sohail Khan’s wife Seema trashed all the rumours. Sohail’s wife Seema Sachdev denied the buzz of Sohail and Huma’s rumoured affair. In an interview, denying all the rumours, Seema cleared that she doesn’t think Sohail and Huma hang out and that she is friends with my brother-in-law (Salman) and sister-in-law (Arpita Khan Sharma) too.

Just after Seema rubbished all the rumours on the same, actress Huma who was also displeased with the reports regarding her alleged affair with Sohail Khan, took to her twitter handle to speak up on the same.

Well, Huma Qureshi has rubbished all the rumours by calling Sohail Khan like her elder brother. We wonder, who encouraged these rumours then?

Huma happens to be the brand ambassador for Celebrity Cricket league (CCL) and Sohail promotes the Mumbai team and it seems their bonding on the grounds, happens to be the reason behind all these rumours.[/tps_footer]