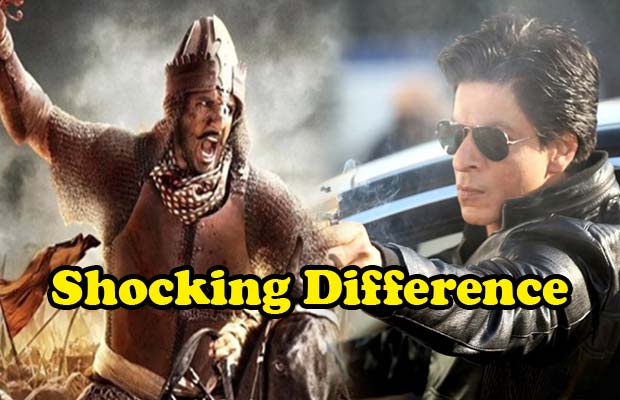 [tps_footer]Bollywood films ‘Dilwale’ and ‘Bajirao Mastani’ are on their last leg run at the box office and there is a shocking difference between the Mumbai circuit collections. Both the films that released on December 18, 2015 have been competing neck-to-neck in Indian as well as overseas market. However in Mumbai, which usually decides the fate of any film, ‘Bajirao Mastani’ has left ‘Dilwale’ far behind in the race by securing third position after Salman Khan‘s two blockbusters of 2015. ‘Dilwale’ on the other hand ranks seventh in the list way behind other releases of 2015.

In the Mumbai circuit alone, ‘Bajirao Mastani’ has collected Rs. 51 crores net approx (Rs. 510 million) and has become one of the only three films to gross more than Rs. 50 crores in Mumbai circuit in 2015. ‘Dilwale’ on the other hand ranks at seventh position with a collection of Rs. 32 crores net approx (Rs. 320 million) which is pretty less. One of the reasons can be the nature of the two films as ‘Bajirao Mastani’ offered unique product for Marathi audience who are in abundance in Mumbai, Maharashtra. ‘Dilwale’ on the other hand offered only romantic comedy which works best in Gujarat and East India regions for SRK film.

Well the numbers have surely changed in favour of Sanjay Leela Bhansali’s ‘Bajirao Mastani’ as the film has already taken over ‘Dilwale’ in the Indian market. In overseas also the gap is as less as Rs. 32 crores net approx which might change after the lifetime collections of both the films come in.[/tps_footer]