Malaika Arora Khan, the hot Bollywood is in holiday mood these days. But the shocking news was that while the bollywood was busy in celebrating Bhai’s birthday, Salman Khan’s bhabhi was busy holidaying with her girl gang in Goa.

While her husband Arbaaz Khan was busy celebrating his brother’s 51st birthday, Malaika was having a great time with sister Amrita Arora and other friends on the sunny beaches of Goa. Malaika Arora took to a social networking site and posted a picture with a caption that read:

“Sunsets in Goa with the girls.” 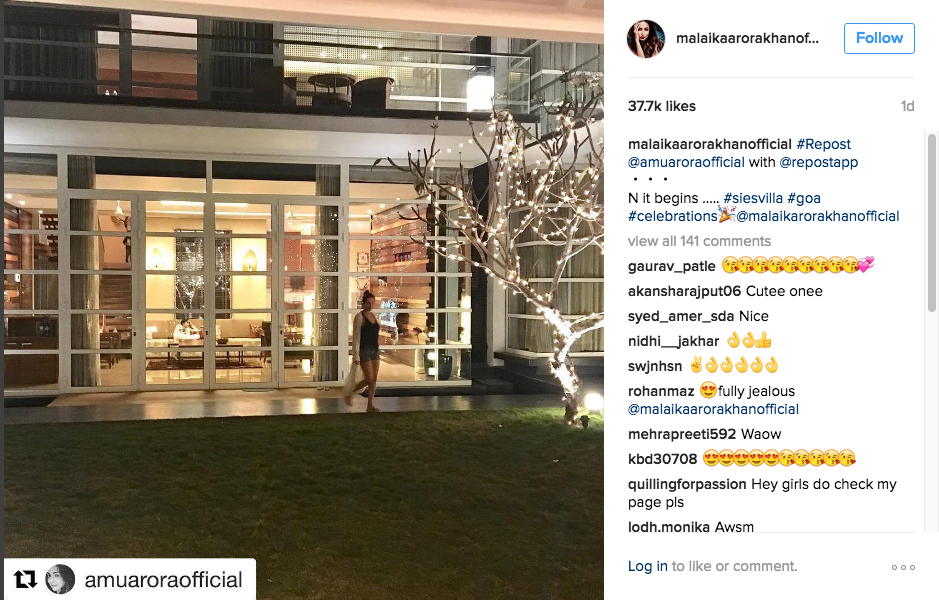 Her absence from Salman’s birthday indicated that she has left behind all the bitterness of her past. We earlier told you that Malaika and Arbaaz had filed their petition in their family court and Malaika had demanded Rs. 10-15 Crores from Arbaaz as divorce settlement.

Arbaaz till the very end hoped for a miracle to happen, but Malaika doesn’t want to remain the Khan Bahu anymore.