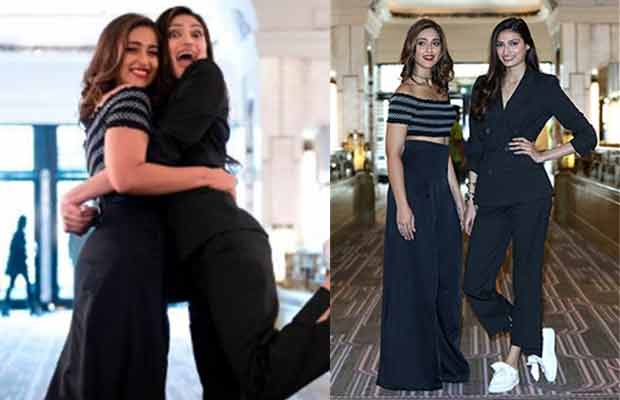 Anees Bazmee’s Mubarakan has an interesting ensemble cast and is all set to witness alot of first’s. For the very first time, the ‘Chacha-Bhatija’ jodi, Anil Kapoor and nephew Arjun Kapoor have come together for a film, which has built umpteen excitement among the audience. Arjun will be playing the role of a Sikh for the first time and has put in immense hard work to get into the skin of the character. Arjun Kapoor has been paired opposite Ileana D’Cruz and Athiya Shetty for the first time.

The movie will be an entertaining ride, as Arjun will be seen in the double role of Karanveer Singh and Charanveer Singh.

During the entire shoot of Mubarakan, Ileana and Athiya turned best pals.

The whole unit of Mubarakan was like one big happy family shooting in England. But the strongest bond of all seems to be between Ileana and Athiya.

They hit it off when they shot together in Mumbai for Mubarakan. In London, they are inseparable.

On their off days, the two girls spend all the time with each other, exploring London to the core. From shopping together to eating out together to watching films together, they have become the best of pals.

Mubarakan had a funfilled 50-day final schedule in London, which was followed up by a wrap-up party, where the cast and crew had a ball of a time.

Mubarakan is produced by Sony Pictures Networks Productions and Ashwin Varde & Murad Khetani’s Cine1 Studios and is slated to have it’s worldwide release on 28th July 2017.