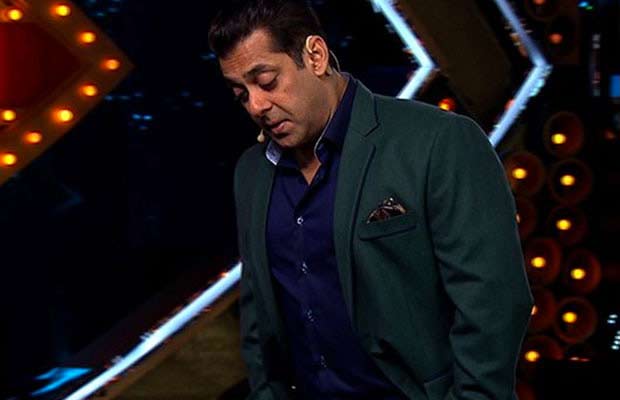 Salman Khan is coming back with Dus Ka Dum season 3 but has he refused to do Bigg Boss for the same? Read below to know the truth!

After Amitabh Bachchan, if there is anyone who can win hearts of the audience with its hosting is none other than Salman Khan. Nobody can ever compete Salman Khan when it comes to hosting a reality show. Salman Khan has hosted the reality show, Bigg Boss for straight seven seasons, but as we all know the superstar actually forayed into the small screen with game show ‘Dus Ka Dum’. By now we all know, Sony TV is planning to restart the popular game show and is planning to bring back Salman as its host. In fact, the deal between Salman and the channel is almost confirmed.

While Sony TV channel is still executing plans of the show with Salman Khan, which will go on air in July, reports are doing rounds that Salman might not host, Bigg Boss season 11. However, there is no truth to this. The Sultan actor will be hosting Bigg Boss 10 as well as Dus Ka Dum if everything falls into place.

A source close to Bigg Boss show revealed to us that Salman Khan is already looking forward to hosting Bigg Boss season 11 as this time the theme will be the adaptation of Romanian show, “The Farm”, which is hosted by his alleged love interest, Iulia Vantur.

Says a source, “There is no way he will quit Bigg Boss. Salman is excited for the 11th season as the concept is going to be different this time. Salman himself has chosen the theme, and he wouldn’t let it go for a toss.”

In a question to choosing Dus Ka Dum over Bigg Boss, the source said, “Bigg Boss comes in October, and Dus Ka Dum is coming somewhere in July. There is no question of a clash between the two shows. I can only talk about Bigg Boss, which Salman is surely hosting.”

Well, Salman Khan surely knows how to work in pressure and moreover, he is a well-organized actor when it comes to finishing off his projects on time. Don’t you think the same? How excited are you to see Salman Khan hosting Bigg Boss 11 and also Dus Ka Dum? Ready for the double treat?

Meanwhile, Salman Khan has wrapped up the first two schedules of his upcoming film, Tiger Zinda Hai with the former girlfriend, Katrina Kaif. The film is a sequel to Kabir Khan’s Ek Tha Tiger and is going to be beyond expectation as Hollywood’s award-winning action director Tom Struthers has been roped in to choreograph the stunt sequences in the film. The film is scheduled to release this year in December!