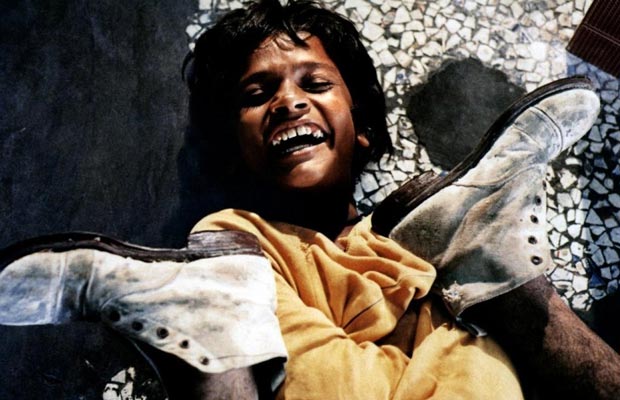 With its proposition of ‘Woh Zamaana Kare Deewana’, Zee Classic is India’s only Hindi movie channel that endeavors to recreate the magic of iconic classic and new age cinema by showcasing not just the films that shaped Indian cinema, but also acquaint viewers with the creative talent who were a part of that timeless era. Zee Classic boasts of an outstanding library of Indian cinematic classics and it has recently associated with National Film Development Corporation of India (NFDC). Starting 16thJuly, every Saturday at 10 PM, Zee Classic will premiere ‘India’s Finest Films’, a distinguished property showcasing masterpieces like ‘Mirch Masala’, ‘Ek Doctor ki Maut’, ’27 Down’  and ‘Salaam Bombay’ amongst many other such gems from the NFDC library. These movies mark the debut of icons like Irrfan Khan, Pankaj Kapur, Naseeruddin Shah and many more. This festival kickstarts with ‘Salaam Bombay!’ directed by Mira Nair on Saturday, 16th July at 10 PM.

Parallel cinema in India has evolved through the years, starting from the Neorealism-influenced films of Nehruvian India, through the more politically radical films of the Seventies and the liberal humanist films that were termed as Independent cinema. Zee Classic gives viewers a golden opportunity to taste this flavor of cinema and experience the magic for the very first time on Indian television. The first film ‘Salaam Bombay!’ chronicles the day-to-day life of children living on the streets of Bombay (Mumbai). Recipient of many distinguished awards including the National Film Award for Best Feature Film in Hindi, the National Board of Review Award for Top Foreign Film, the Golden Camera and Audience Awards at the Cannes Film Festival, the film was India’s second film submission to be nominated for the Academy Award for Best Foreign Language Film. The film was also among the New York Times list of ‘The Best 1,000 Movies Ever Made’.

Zee Entertainment Enterprises Ltd., Chief Business Officer, Sunil Buch said, “A Hindi movie channel as distinct as Zee Classic has seen growing viewership with every property that we have showcased. In line with its brand positioning ‘Woh Zamaana Kare Deewana’, we have enriched the channel’s library to present our viewers with some never-seen-before timeless classics. Zee Classic will soon telecast the crème de la crème of landmark cinema under its latest property – ‘India’s Finest Films’. It offers a mix of critically acclaimed independent and award winning films that are treasures of Indian cinema. We have associated  with NFDC to create this property and today, with new age films setting new benchmarks in parallel cinema, the films that are a part of ‘India’s Finest Films’ represent the semantics of Indian culture over the years and have carved the way for realism in films. With films such Gandhi, Mirch Masala, 27 Down,  it is for the discerning cinema lover who likes to be challenged. This property will present films that brings life to so many iconic characters and thought provoking narratives. This is a wonderful opportunity for today’s youth to also enjoy these classics just as it is for others who can enjoy them on television once again.”

To acquaint the youth of India with parallel cinema and enhance their movie-viewing experience, Zee Classic has also curated an hour long special feature called ‘India’s Finest Films – A Parallel Journey’. It includes views of stalwarts of Indian cinema like Shyam Benegal, Mahesh Bhatt, Saeed Mirza, Kundan Shah, Rohini Hattangadi amongst others. It will have an extravagant digital release and premiere on the Zee Classic YouTube channel on Tuesday, 12th July at 12 noon. Audiences can also catch it on television as a prelude to India’s Finest Films. Excerpts of this feature along with additional exclusive interviews will be showcased during the telecast of movies on Zee Classic. The channel has also launched a 360 degree marketing campaign including Outdoor, Radio, Print and exclusive screenings of these titles with influencers.

Zee Hindi Movies Cluster, Business Head, Ruchir Tiwari said, “With the success of properties like ‘The Bimal Roy Festival with Boman Irani’ and ‘The Golden Years with Javed Akhtar’, we are constantly innovating with content on Zee Classic to entertain its audiences.  We have acquired 49 path breaking titles produced by NFDC and some of them will be showcased for the very first time on television. The sheer brilliance and uniqueness of these films is that they have no shelf life as they are timeless genius masterpieces! The promotional campaign has already kick started across mediums.  The prelude, ‘India’s Finest films – A Parallel Journey’ has luminaries from the industry share their unrivalled expertise and insights of these classics and is a content goldmine for lovers of parallel cinema. While this genre of films is not commercial, the work of many superstars and filmmakers in them has increased the popularity of these masterpieces and will surely entertain viewers across age groups.”

Talking about India’s Finest Films and Zee Classic, Mr. Shyam Benegal said, “Rabindranath Tagore once said that every art seeks to find its own independent manner of expression within the world it creates, and no creative genius has yet arrived to deliver it from its bondage. Having said that, television has always been a very effective medium, particularly for films that may or may not have the opportunity to do well in cinema houses. This is because televisions reaches homes and you do not pay individually for movies. I personally feel Zee Classic’s initiative is a very good one. It will help to keep alive the film culture of our country and Zee Classic is in the ideal

position to do this.”