Cricket is the most glorified sport of India. The sport is definitely one of the only things that unite the nation as one. Amazon India’s first original Inside Edge banks on the game as it give insights into the game as well as reveal the game behind the game.

The web series having cricket at its heart discloses the darker side of the sport. Inside Edge released yesterday and has been receiving a huge response from all quarters.

The show is not only loved by the audience but also appreciated by the critics.

Inside Edge is as gripping as it gets and leaves you intrigued right from the first episode, you can’t watch just one episode. The interesting plot and creative narration are completely binge-worthy.

The story revolves around strong characters like a film star, wealthy businessmen, politicians and of course cricket players. The diverse characters are backed by powerful performances by Richa Chadha, Vivek Oberoi, Angad Bedi, Tanuj Virwani among others.

The VOD made it possible for the audience to access to all the episodes at once, and the audience made full use of the opportunity.

Most of the viewers completed the series at one go and now are demanding for a season two. The show is received very well by the audience and has been quick in becoming a rage over the internet.

The audience has been taking to Twitter to shower their praises for the show. 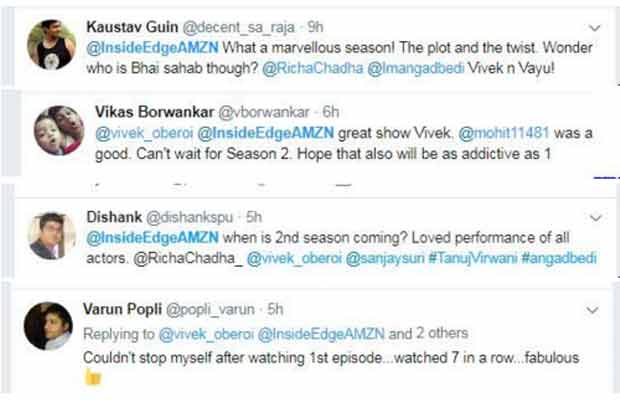 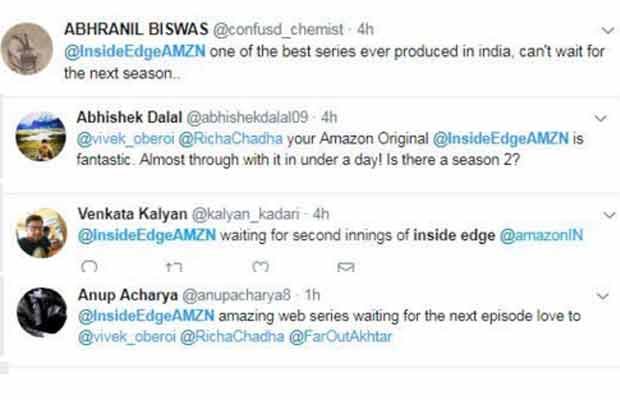 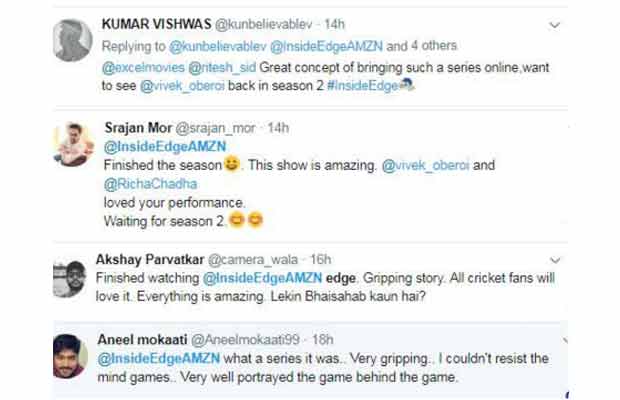 Inside Edge showcases the various facets like greed, ambition, corruption and of course cricket of the Powerplay league. The story embraces the journey of the players that thrives on passion, courage, and love.

Encompassed with elements ranging from drugs, sex, spot fixing, match fixing among others, the show gives you chills as you witness the reality behind the game.

Inside edge helmed by Excel Entertainment and Amazon Prime Video join hands to venture in the digital age of VOD. The series is set to release on 10th July 2017.