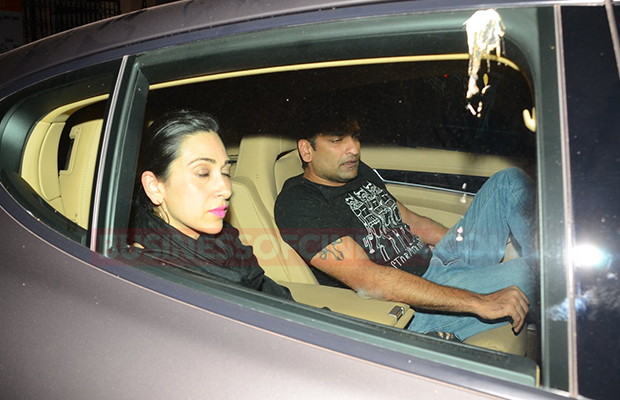 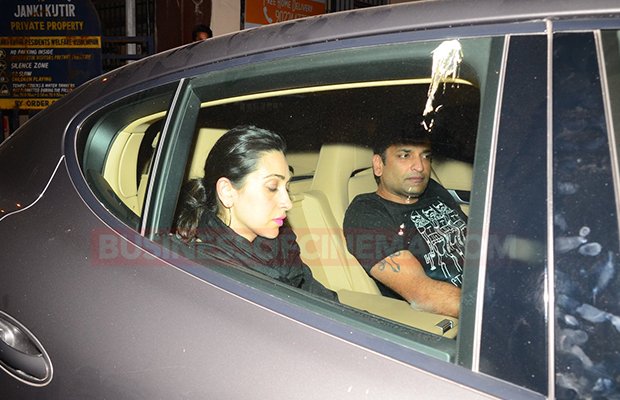 Kapoor family members are seen bonding with each other at birthday and house parties. Recently, Kapoor family hosted lavish Randhir Kapoor‘s 70th birthday bash attended by who’s who of the B-town. Yesterday, the Kapoor family once again hosted a house party attended by Ranbir Kapoor, Karisma Kapoor, Kareena Kapoor Khan and others at Shashi Kapoor’s house for dinner night. Also seen attending the house party was none other than Karisma Kapoor’s rumoured boyfriend Sandeep Toshniwal. The actress arrived with Sandeep Toshniwal in the same car and looked very much comfortable on being clicked by paparazzi.

Going by the pictures, it seems, Sandeep Toshniwal is already very much part of the Kapoor family now. The two are all set to make their relationship official. This is not for the first time, the two have been seen visiting Kapoor house together and are also seen attending parties together. Not only, are these love birds ready to go public, but are also taking a holiday together.

Last year, Karisma Kapoor and Sunjay Kapur‘s 11-year-long marriage was battling in the court and with legal proceedings and since that Sandeep and Karisma’s love has been floating around. It is labeled that the duo is happy together and the relationship between the two is growing stronger by each passing day. With time and again the actress has always denied the reports of her relationship with Sandeep, but these photos speak a different story.