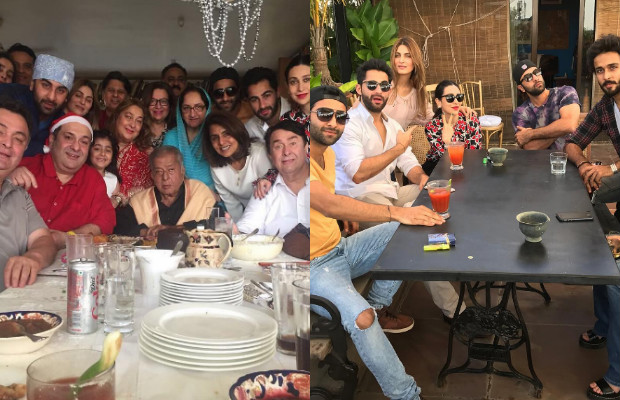 Ranbir Kapoor, Rishi Kapoor, Neetu Singh, Riddhima Kapoor Sahani, Karisma Kapoor, Babita, Randhir Kapoor, Karisma Kapoor and other from the Kapoor family were clicked at Shashi Kapoor‘s Christmas Brunch, on December 25, 2016. The Kapoor cousins were seen having a wonderful evening in the backyard of the Kapoor house. Karisma Kapoor also took to Instagram to share some wonderful inside photos. The photos are a proof that the cousins bonded well at the bash. While all the cousins were seen at lunch party, new mommy Kareena Kapoor Khan gave t a miss.

CLICK NEXT TO SEE SOME INSIDE PHOTOS FROM THE KAPOOR LUNCHEON!