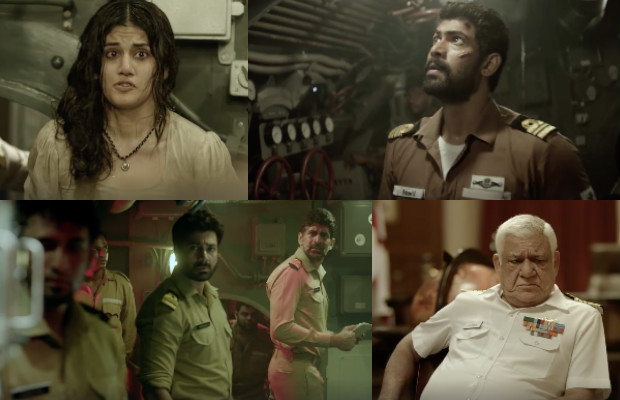 ‘The Ghazi Attack‘ trailer has created quite a stir among the audience, as they are eager to know more about the underwater war between India and Pakistan.

In the year 1971, PNS Ghazi, a Pakistani submarine was on a mission to attack and destroy the INS Vikrant by entering Indian waters. The Indian navy showed utmost patriotism and outstanding courage to defeat the opponent.

It was indeed a challenging task to shoot the underwater submarine sequences. During one of the days, the set walls created around a compartment of the Indian submarine to hold the water of above ten feet collapsed, leading to much mayhem, but luckily no one was injured.
The crew was extra careful after this incident and the remaining shoot went on smoothly.

Directed by Sankalp Reddy, ‘The Ghazi Attack‘ is all set to release simultaneously in Hindi, Tamil and Telugu on 17th February, 2017.